What does Lorraine mean?

[ 2 syll. lor-rai-ne, lo-rra-ine ] The baby girl name Lorraine is pronounced as Luw-REY-N †. Lorraine is used predominantly in English and French, and its origin is Latin and Old French. From Old French roots, its meaning is from Lorraine - in this context, Lorraine can be used in the English language. The first name is from a Scottish surname, which is itself from the name of the region of Lorraine in eastern France; the surname evolved from an English nickname for someone from this region. The place name is itself from the Latin Lotharingia, meaning 'land of the people of Lothar', referring to the 9th century King Lothair or Lothar. The name was well-known in the 16th century through Mary of Lorraine (1515-1560), the mother of Mary, Queen of Scots. The first name was adopted in the late 19th century.

In addition, Lorraine is a variation (English and French) of Laura.

Lorraine is rare as a baby name for girls. At the modest peak of its usage in 1928, 0.500% of baby girls were named Lorraine. It ranked at #39 then. The baby name has since suffered a marked loss in popularity, and is currently of irregular use. Out of the group of girl names directly related to Lorraine, Laura was the most frequently used in 2018. 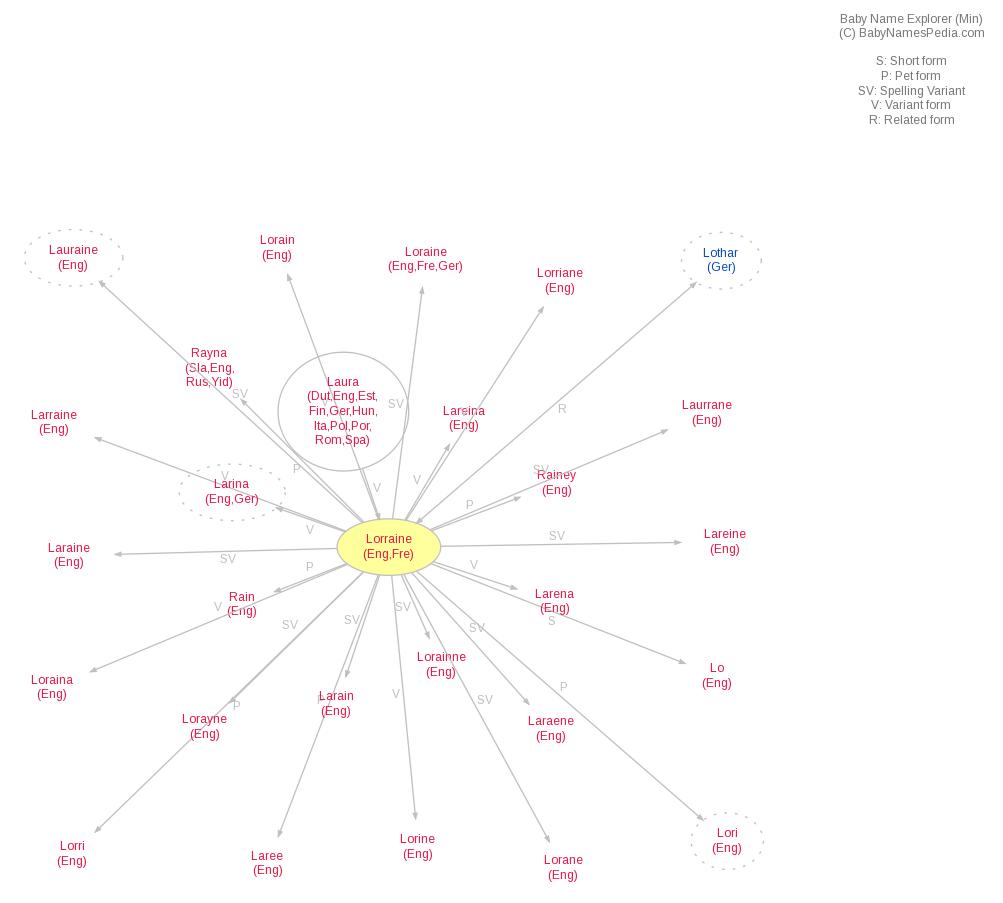