What does Luana mean?

Luana has its origins in the language. It is used largely in the English and Italian languages. The name could be from the combination of Lou and Ana, or else of the syllables 'Lu-' and '-ana'. It was first borne by an obscure heroine in Romanian mythology. It appeared in the King Vidor film Bird of Paradise (1932), also known as Luana la vergine sacra in Italy, as the name of a Polynesian maiden. The success of the film subsequently boosted the popularity of the name among English and Italian speakers.

Variant forms share the origin and meaning of the name Luana.

Luana is unusual as a baby girl name. Its usage peaked in 1947 with 0.009% of baby girls being given the name Luana. It was #651 in rank then. The baby name has experienced a decline in popularity since then, and is of only very modest use today. Among the family of girl names directly linked to Luana, Ana was the most popular in 2018. 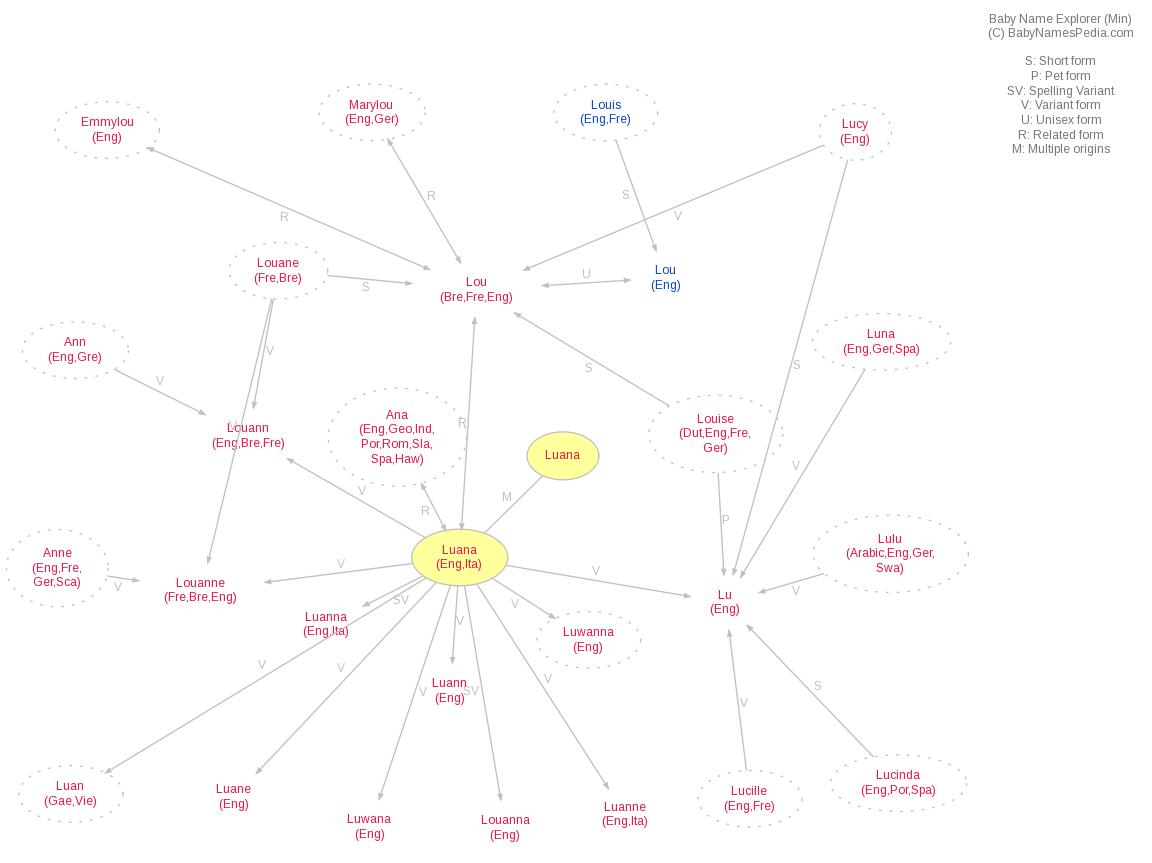