What does Lucien mean?

[ 3 syll. lu-cien, luc-i-en ] The baby boy name Lucien is pronounced as LUW-Siy-ahN †. Lucien is primarily used in French and English, and its language of origin is Latin and Old Greek.

Lucien is a French form of the English, German, and French name Lucius.

Lucien is also an English and French form of the Latin and English name Luke.

Lucien is rare as a baby name for boys. At the modest peak of its usage in 1909, 0.017% of baby boys were named Lucien. Its ranking then was #465. The baby name has since fallen out of favor, and is now of irregular use. Out of the group of boy names directly related to Lucien, Luke was the most popular in 2018. 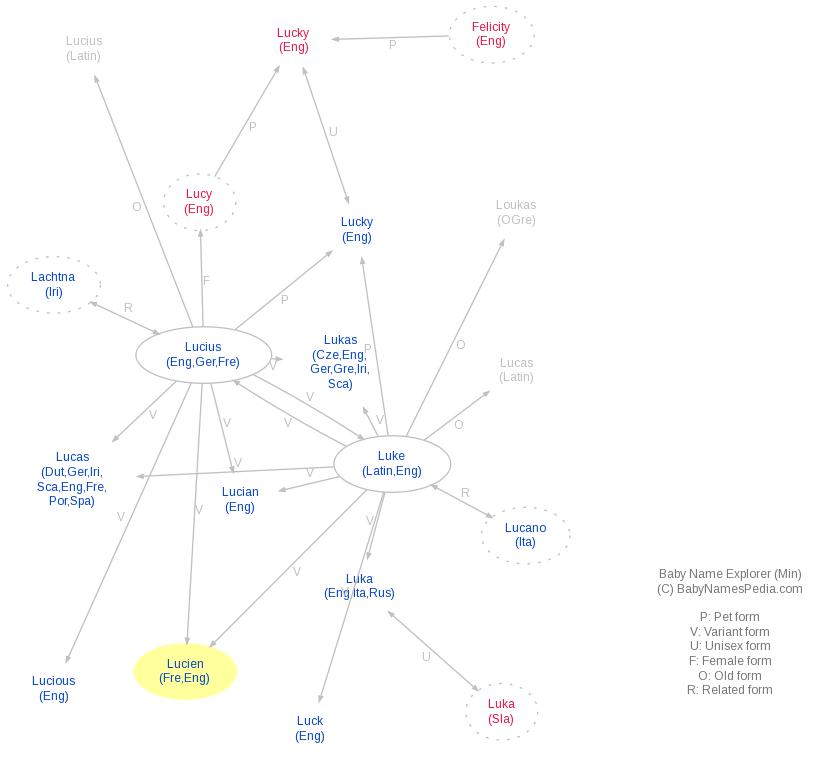