What does Ludmilla mean?

[ 3 syll. lu-dmil-la, lud-mi-lla ] The baby girl name Ludmilla is pronounced as LahDMIHL-aa- or LYuwDMIY-Laa- †. Ludmilla is used chiefly in English and German, and it is derived from Slavonic origins. A two-element name, it is derived from the elements 'lud' which means people ; 'mil' favor, grace. The name was borne by Saint Ludmila (860-921), the patron saint of Bohemia.

Ludmilla is a seldom used baby name for girls. It is not listed within the top 1000 names. In 2018, among the group of girl names directly related to Ludmilla, Mila was the most widely used.

Baby names that sound like Ludmilla include the name Lyudmila and the name Ludmila (Czech and Russian). 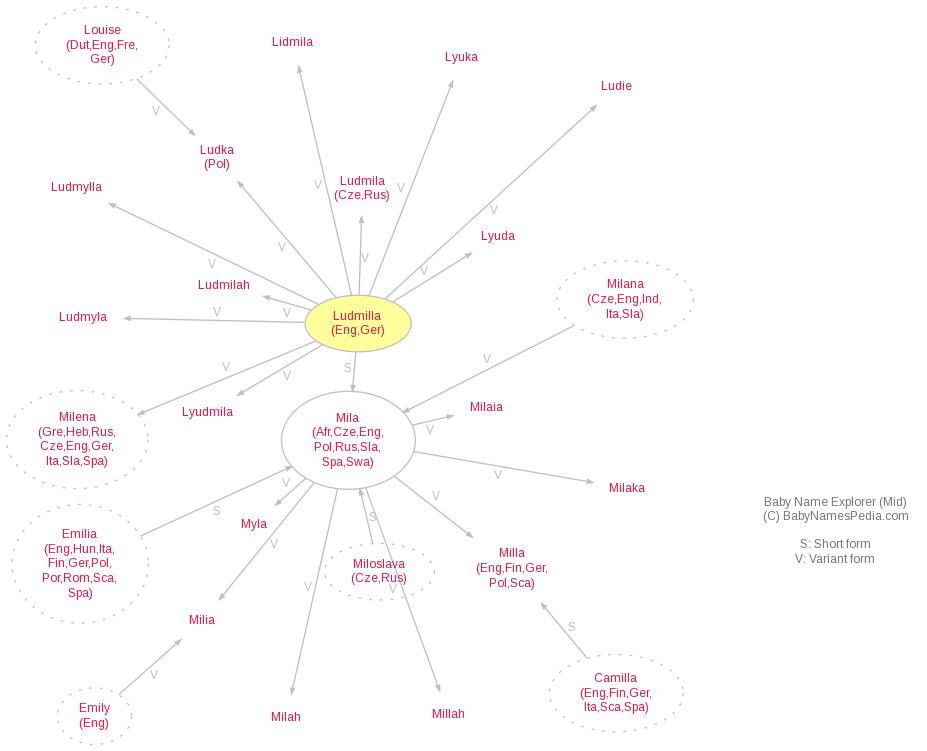