What does Luke mean?

[ 1 syll. lu-ke, luk-e ] The baby boy name Luke is also used as a girl name, but it is much more common for boys. It is pronounced in English as LUWK †. Luke is used predominantly in the Latin and English languages, and its origin is Latin and Old Greek. Old Greek origin, English and Latin use: A biblical name, it is derived from the element 'leucos' which means bright, white. The first name is also from the short form of Lucas (Latin), a Latinate of Loukas (Old Greek); the latter means 'man from Lucania' in reference to an ancient district of southern Italy. The first name was borne in the Bible by Luke the Evangelist, companion of Paul and author of the third gospel in the New Testament. The name was introduced by the Normans into England in the 12th century.

Luke is a variant (Latin) of the name Lucius (English, German, and French). 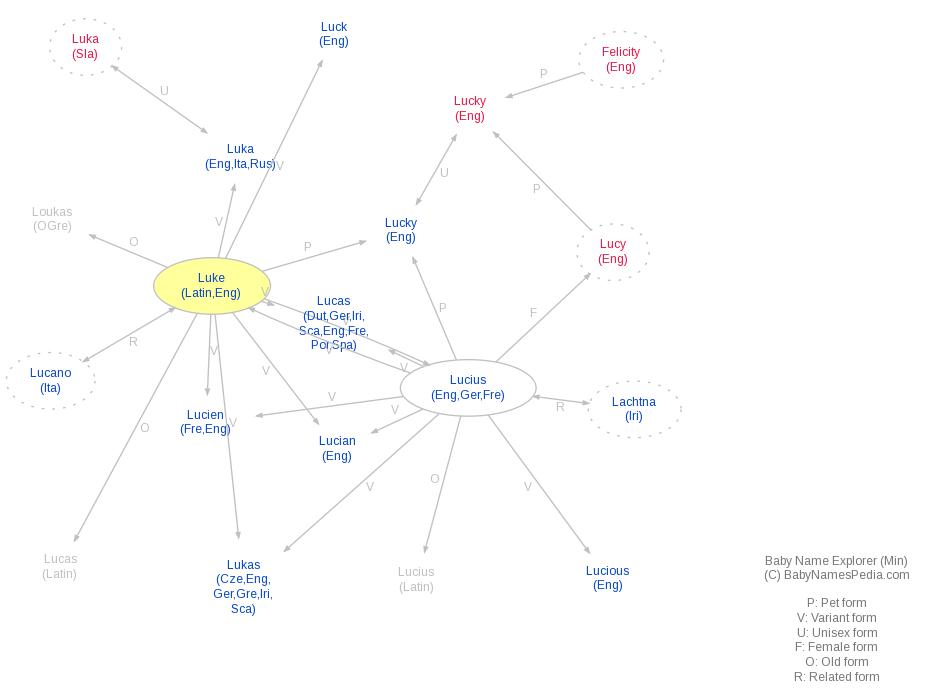