What does Luna mean?

[ 2 syll. lu-na, lun-a ] The baby girl name Luna is pronounced LUW-Naa- †. Luna is of Latin origin. It is used mainly in the English, German, and Spanish languages. It is derived literally from the word luna which means 'moon'. The name was borne in Roman mythology by the moon goddess.

Luna is very popular as a baby girl name, and it is also viewed as trendy. The name has been increasing in popularity since the 2000s. At the modest height of its usage in 2018, 0.374% of baby girls were given the name Luna. It had a ranking of #23 then. Within all girl names in its family, Luna was the most widely used in 2018. 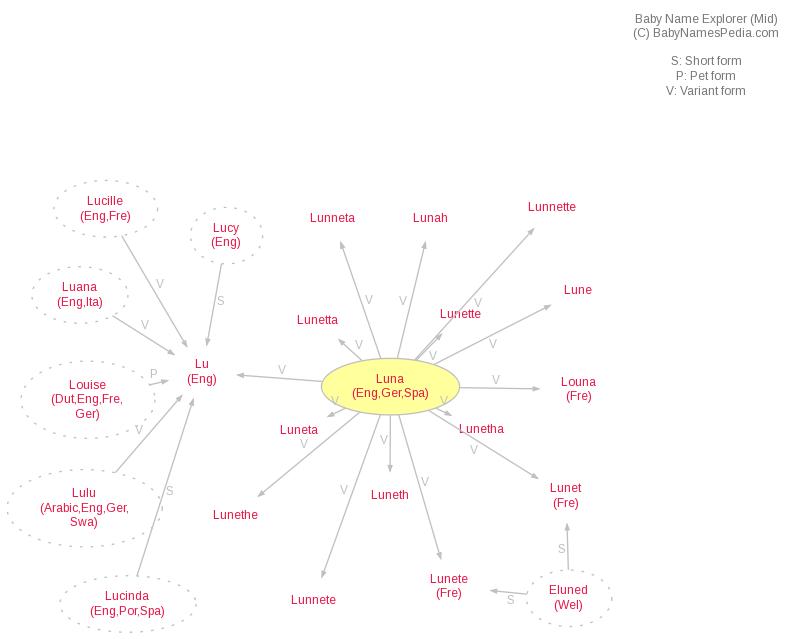