What does Luther mean?

[ 2 syll. lut-her, lu-th-er ] The baby boy name Luther is pronounced as LUW-TH-er †. Luther is used mostly in English and it is of Germanic origin. A two-element name, it is derived from the elements 'liut' which means people ; 'heri' army, warrior. The first name is from a German surname, often bestowed by Protestants in honor of the theologian and church reformer Martin Luther (1483-1546). The first name was adopted by English speakers from the 19th century. The name was also borne by the Black US civil rights activist Martin Luther King Jr (1929-1968), who was named after the church reformer; his assassination motivated many Afro-Americans to bestow the name in tribute to him.

Luther is rare as a baby name for boys. At the modest peak of its usage in 1905, 0.215% of baby boys were named Luther. Its ranking then was #79. The baby name has since substantially slipped in popularity, and is currently used on a very light scale. Out of all boy names in its group, Luther was nevertheless the most regularly used in 2018. 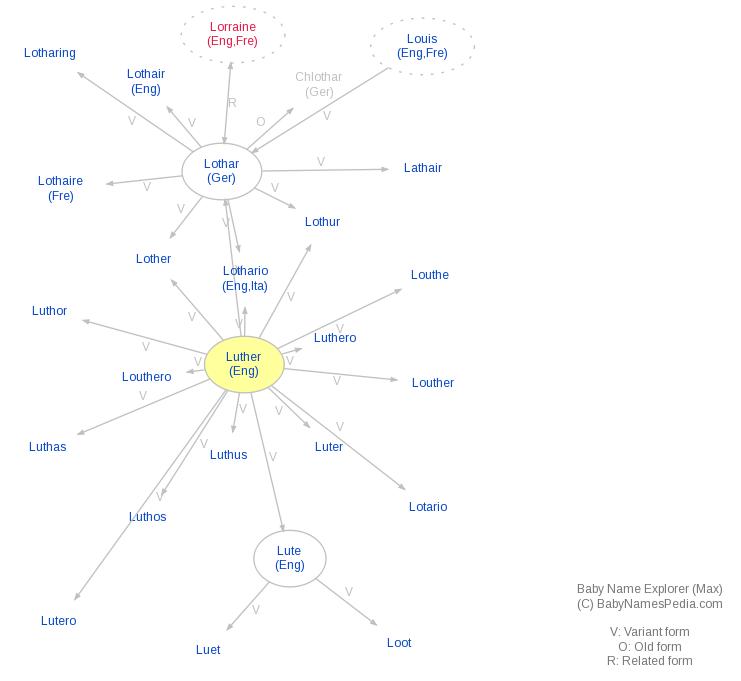