What does Lyall mean?

[ 2 syll. lyal(l), ly-a-ll ] The baby boy name Lyall is pronounced LAYaeL †. Lyall's origin is English, Old Norse, and Old French, and its use, English. From Old Norse roots, its meaning is 'wolf'. An older form of the name is Liulfr (Old Norse).

In addition, Lyall is a derivative of the English Loyal.

Lyall is also a derivative of the English Lyle.

Derivatives of Lyall include the name Lyal, the name Lyel, and the English Lyell.

Lyall is not commonly used as a baby boy name. It is not in the top 1000 names. In 2018, within the family of boy names directly related to Lyall, Lyle was the most widely used. 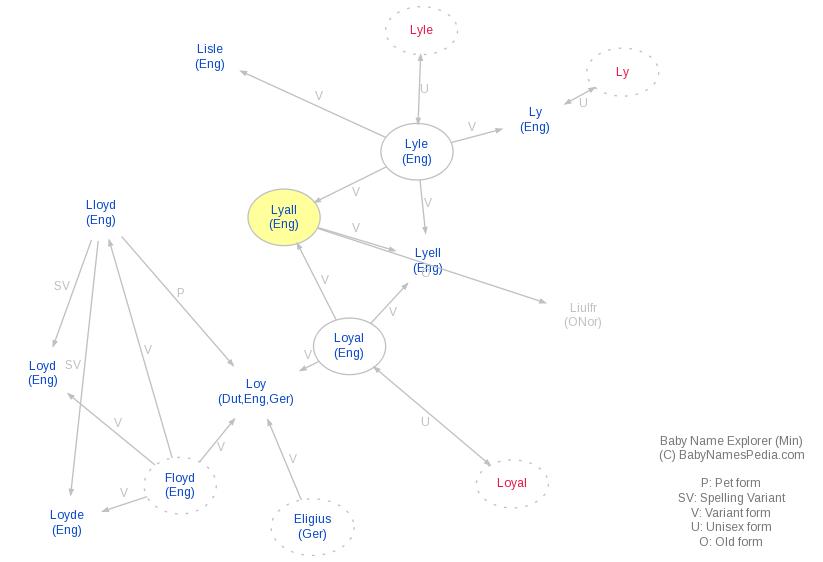