What does Lyndon mean?

[ 2 syll. lyn-don, ly-nd-on ] The baby boy name Lyndon is pronounced as LIHNDahN †. Lyndon is mainly used in English and it is of Old English origin. It is from the elements 'lind' which means linden, lime tree ; 'dun' hill, mound, dune. The first name is from the surname, which is derived from a place name Lyndon in the county of Rutland next to Leicestershire. The popularity of the name in the USA was boosted in the 20th century by the President Lyndon Baines Johnson (1908-1973).

Lyndon is unusual as a baby name for boys. Its usage peaked in 1964 with 0.025% of baby boys being named Lyndon. It ranked at #347 then. The baby name has since fallen out of favor, and is today used on a very modest scale. Among all boy names in its group, Lyndon was nevertheless the most widely used in 2018. 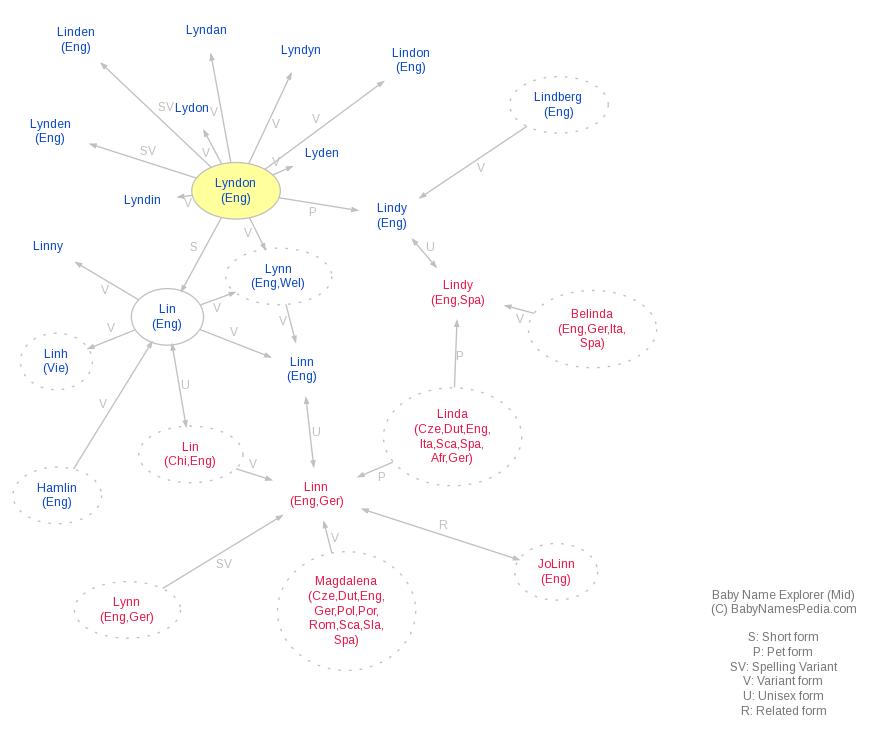