What does Lynn mean?

[ 1 syll. lyn(n), ly-nn ] The baby girl name Lynn is also used, though less often, as a boy name. It is pronounced as LIHN †. Lynn is of Germanic, Welsh, and Hebrew origin. It is used mainly in English and German. Welsh origin, English use: It is derived from the word llyn which is of the meaning 'lake'. The name can also be taken as the short form of other names ending in '-lyn' or '-line'. See Lynn for more information.

In addition, Lynn is an English and German familiar form of Linda.

Lynn is also an English form of Magdalena.

Lynn is unusual as a baby girl name. Its usage peaked modestly in 1956 with 0.376% of baby girls being named Lynn. It was #58 in rank then. The baby name has fallen out of favor since then, and is used only on a very light scale now. Among the family of girl names directly related to Lynn, Gracelyn was the most frequently used in 2018. Although Lynn is today more frequently used for baby girls, there was a period prior to 1941 when more boys were given the name. After 1942, increasingly the name became more popular with baby girls than with boys. In 1986, 6 times more baby girls than boys were given the name Lynn. 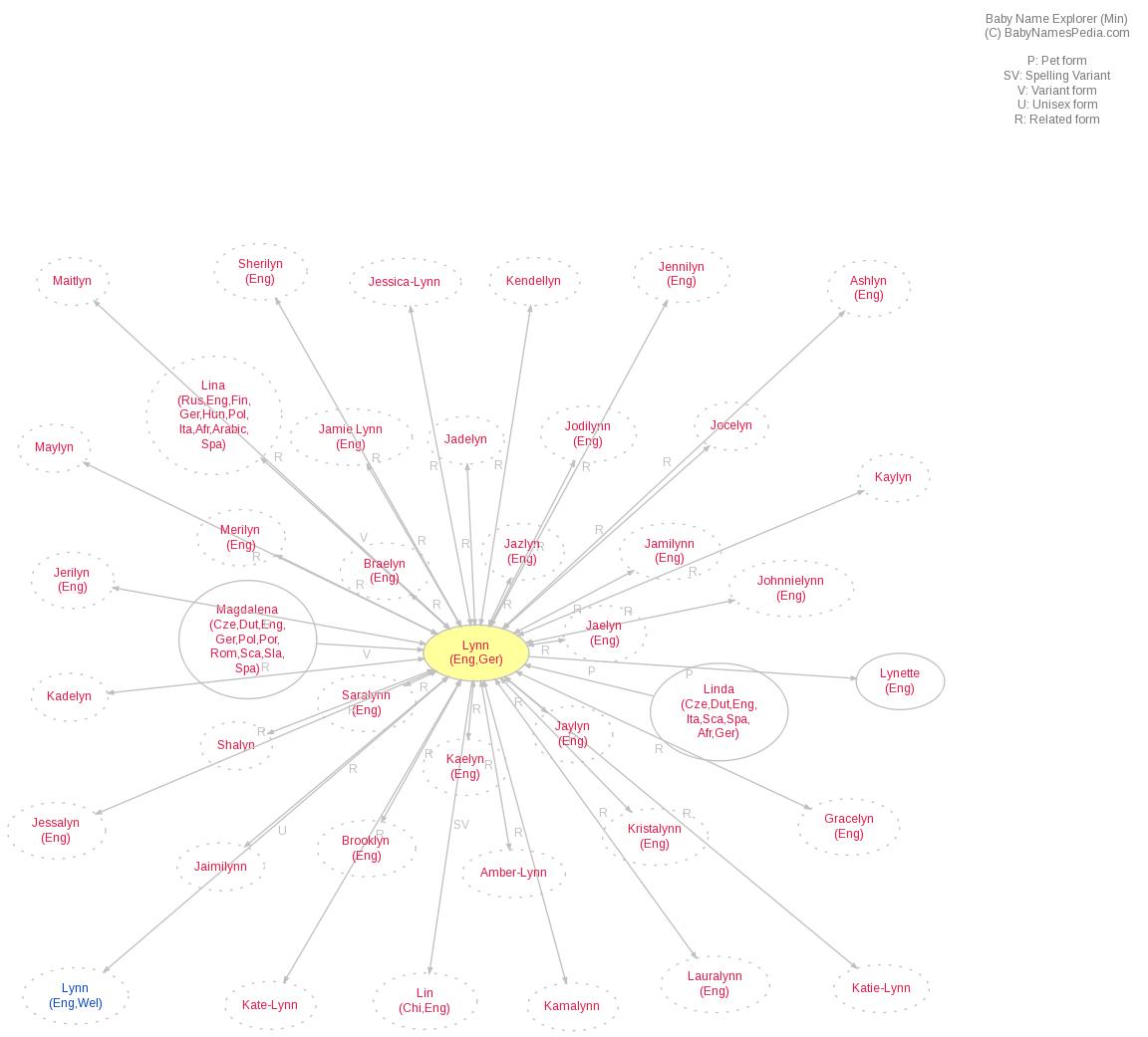