What does Mac Dara mean?

[ 3 syll. mac-da-ra, ma-c d-ara ] The baby boy name Mac Dara is pronounced MaeKD-AHRaa- †. Mac Dara has its origins in the Celtic language and it is used largely in Irish. The name Mac Dara means 'son of oak'. It is derived from mac meaning 'son' ; darragh 'oak, oak tree'. The 6th-century Saint Mac Dara is the patron saint of a parish in Connemara; thus the name has been popular in Connemara.

A form of the name is the Irish shortening Dara. 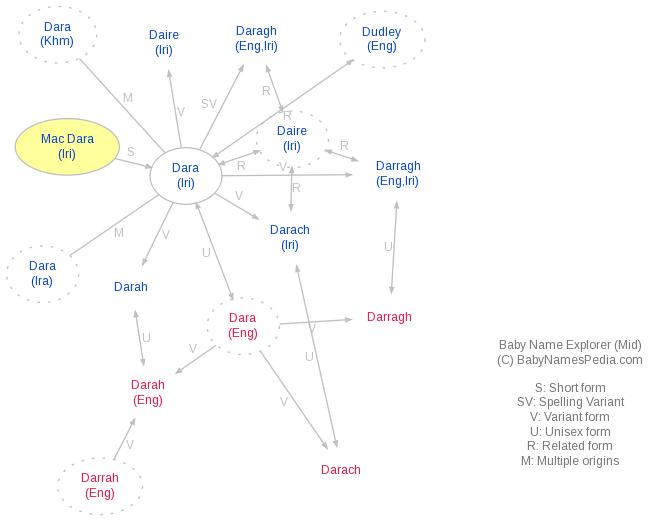