What does Macarena mean?

[ 4 syll. ma-ca-re-na, mac-ar-ena ] The baby girl name Macarena is pronounced as Maa-Kaa-REY-Naa- †. Macarena's language of origin is Latin and it is used largely in the Spanish language. Macarius (Latin) is an original form of Macarena. The first name is derived from the place name of a town in the district of Seville, Spain; the town name is from the name of its basilica and a statue 'Nuestra Señora de la Esperanza de la Macarena', dedicated to the Virgin Mary. The basilica may have been named after a person named Macarius.

The origin and meaning of Macarena is inherited by all variant forms.

Macarena is unusual as a baby name for girls. It is listed outside of the top 1000 names. 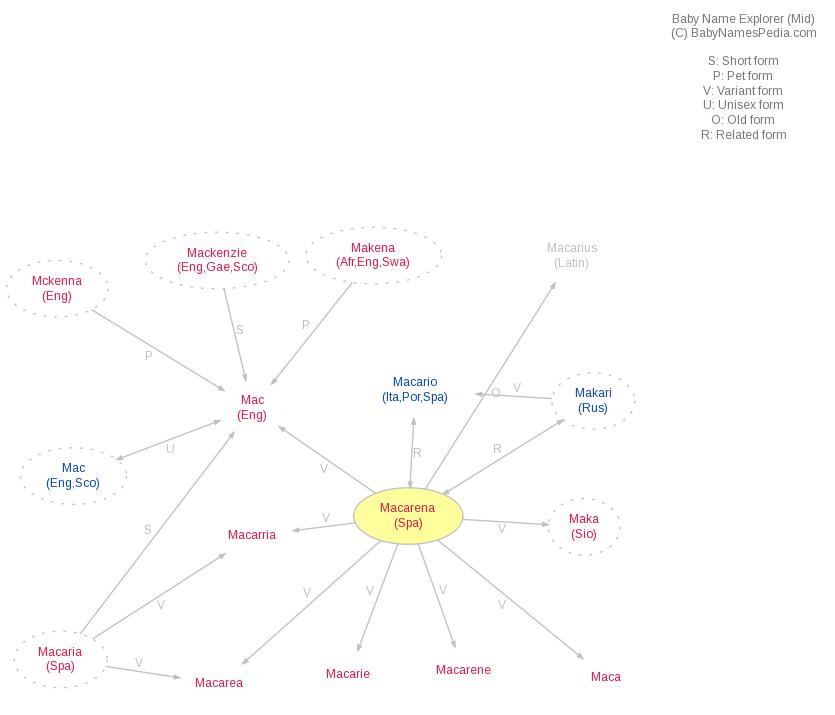