What does Mackenzie mean?

[ 3 syll. mac-ken-zie, ma-ckenz-ie ] The baby boy name Mackenzie is also used as a girl name, with the latter form being much more common. It is pronounced as MaeKKEHNZiy- †. Mackenzie is used chiefly in the English, Gaelic, and Scottish languages, and its origin is Scottish Gaelic. The name is of the meaning son of Coinneach, son of Kenneth. It is from the element 'mac' meaning son. The first name is derived from the noble Scottish Gaelic surname Mac Coinnich, meaning 'son of Coinneach'. The first name has been adopted since the start of the 20th century. The surname has been recorded in many forms such as Mackenzie, Mckenzie, Macenzy, and Makkeney. In Canada it was made known by the journalist and rebel William Lyon Mackenzie (1795-1861). The given name in England is known from the actor Mackenzie Crook (1971-). See Mackenzie for more information.

Mackenzie is an unusual baby name for boys. Its usage peaked modestly in 1994 with 0.032% of baby boys being given the name Mackenzie. Its ranking then was #366. The baby name has since fallen from favor, and is today of infrequent use. Among all boy names in its group, Mackenzie was nonetheless the most regularly used in 2018. In the past century Mackenzie has predominantly been a girl name. In 2001, Mackenzie as a girl name outnumbered its use as a boy name by 42 times. 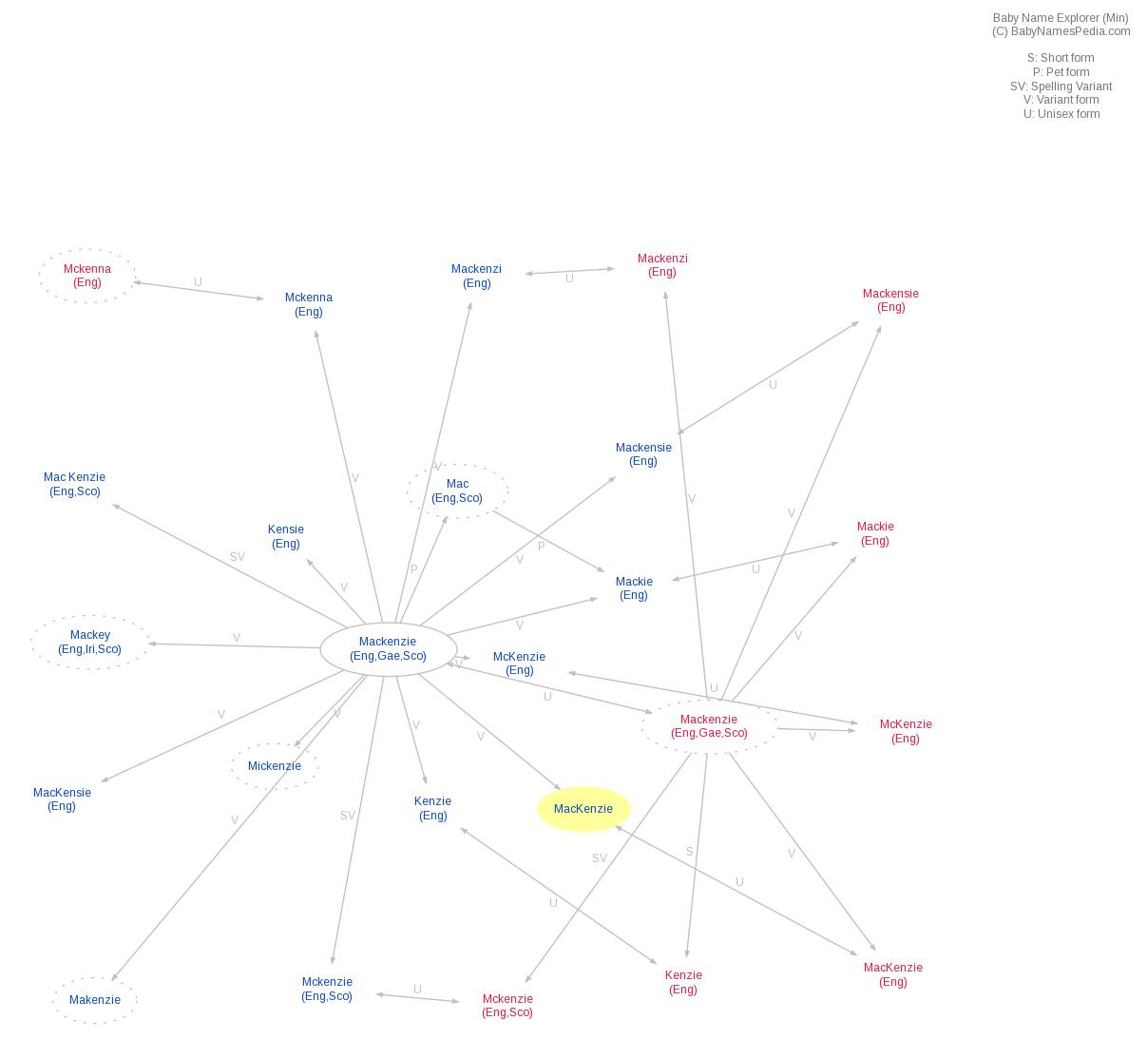