What does Macy mean?

[ 2 syll. ma-cy, mac-y ] The baby girl name Macy is also used as a boy name, though it is far more popular for girls. It is pronounced MEY-Siy- †. Macy is of Old French origin and it is used mainly in English. The meaning of Macy is 'domain of Maccius; weapon'. The name is of uncertain origin. It could be from an English surname which originated from a Norman French place name meaning 'domain of Maccius'. It could also be derived from the Old French element masse, or else it could be from the medieval form of Matthias. Macy is also the name of an American chain of department stores founded by Rowland Hussey Macy (1822-1877).

Macy is rather popular as a baby girl name. The name increased in popularity from the 1980s up to the 2000s. At the modest peak of its usage in 2003, 0.074% of baby girls were named Macy. It was #219 in rank then. The baby name has slipped in popularity since then. In 2018, it ranked at #564 with a usage of 0.030%. Out of the family of girl names directly related to Macy, Maci was the most commonly used. It was 64% more commonly used than Macy in 2018. Macy has in the last century been primarily given to baby girls. 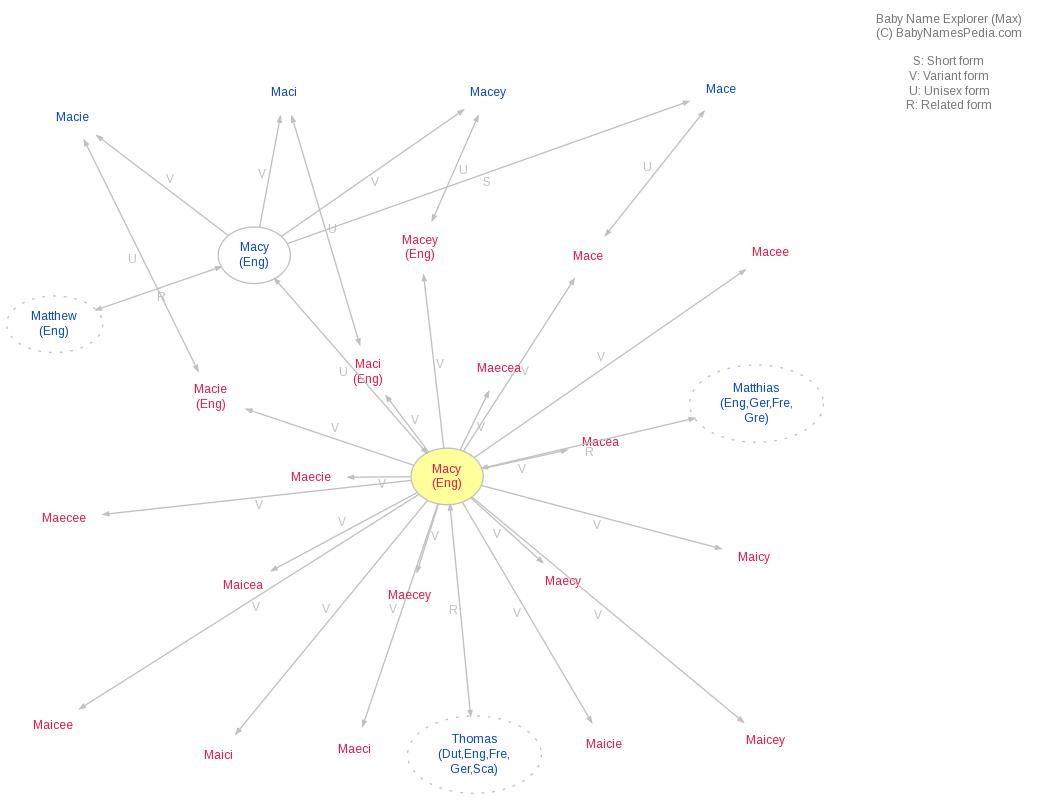