What does Madoc mean?

Madoc's language of origin is Welsh, and it is used mainly in the English, Gaelic, and Welsh languages. The first name is derived from Matoc (Old Welsh), which is of the Welsh mad (meaning 'fortunate, good') combined with a diminutive suffix. In Irish folklore, Madog ab Owain Gwynedd was supposedly a Welsh prince who first discovered America in 1170; however, due to lack of evidence, many historians today believe that the story was invented in the 16th century by Queen Elizabeth I's advisers to assert England's claim over North America. The name was also borne by several early Irish saints.

Madoc's language of origin is Celtic and it is predominantly used in Welsh. It is derived from the word aed which is of the meaning 'fire'.

Madoc is an uncommon baby boy name. It is not listed within the top 1000. In 2018, among the family of boy names directly related to Madoc, Maddox was the most popular. 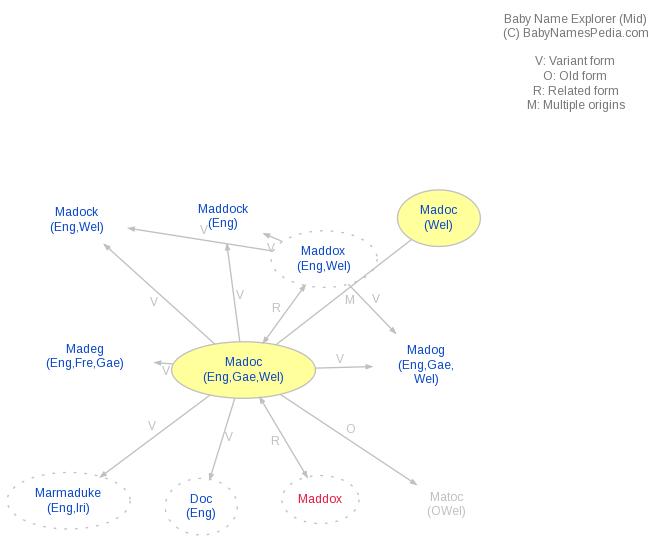