What does Mae mean?

[ 1 syll. mae, ma-e ] The baby girl name Mae is pronounced as MEY- †. Mae is used predominantly in the English and French languages, and its origin is English. Mae is a variant spelling of the name May (English and Scottish).

Mae is a classic favorite. Today it is still fairly popular as a baby name for girls, though not to the extent it was before, and it is also viewed as fairly trendy. At the modest peak of its usage in 1902, 0.450% of baby girls were given the name Mae. Its ranking then was #53. The baby name has since suffered a substantial fall in popularity. In 2018, its usage was 0.030% and its ranking #554, appearing with somewhat increasing regularity in the recent decade. Out of all girl names in its group, Mae was the most popular. The name Mae has predominantly been a girl name, though it has also been given to boys in the past century. In 1909, girls named Mae outnumbered boys by 42 times. 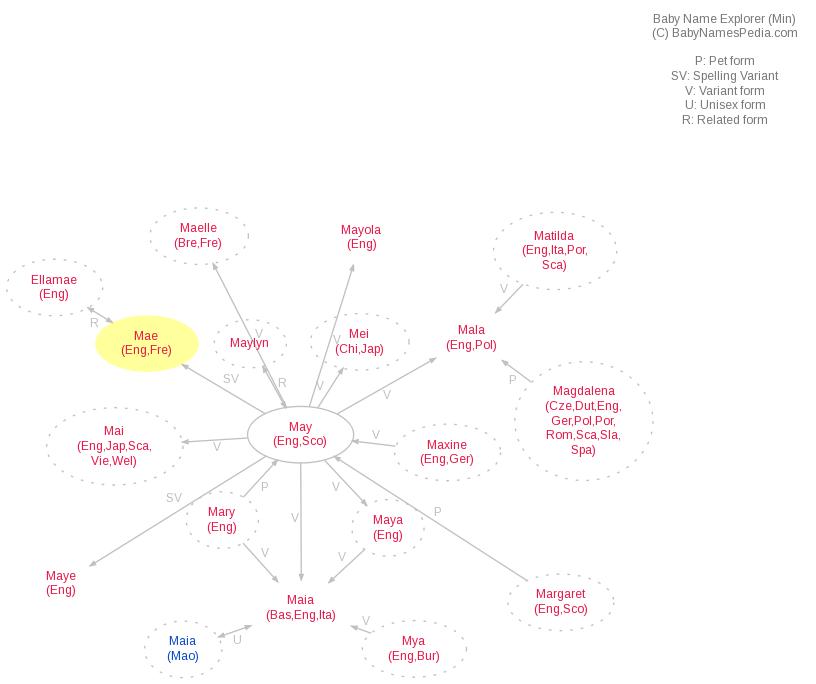