What does Magnolia mean?

[ 3 syll. ma-gno-lia, mag-nol-ia ] The baby girl name Magnolia is pronounced MaeGNAOLYaa- or MaeGNOWLiy-aa- †. Magnolia is of English origin and it is also used mainly in the English language. Its meaning is derived literally from the ordinary word magnolia. The first name is from the flower name; it was first adopted by English speakers in the 19th century, during the enthusiasm for flower names.

Nollie (pet form) is another variant of Magnolia.

Magnolia is fairly popular as a baby name for girls, and it is also viewed as trendy. The name's popularity has been increasing since the 2010s. At the modest height of its usage in 2018, 0.056% of baby girls were given the name Magnolia. Its ranking then was #314. Within all girl names in its group, Magnolia was the most popular in 2018. Magnolia was twice as popular as the subsequent ranked name, Nola, in that year.

Baby names that sound like Magnolia include Mckinlee, Mckinley, Minall, and Minalle. 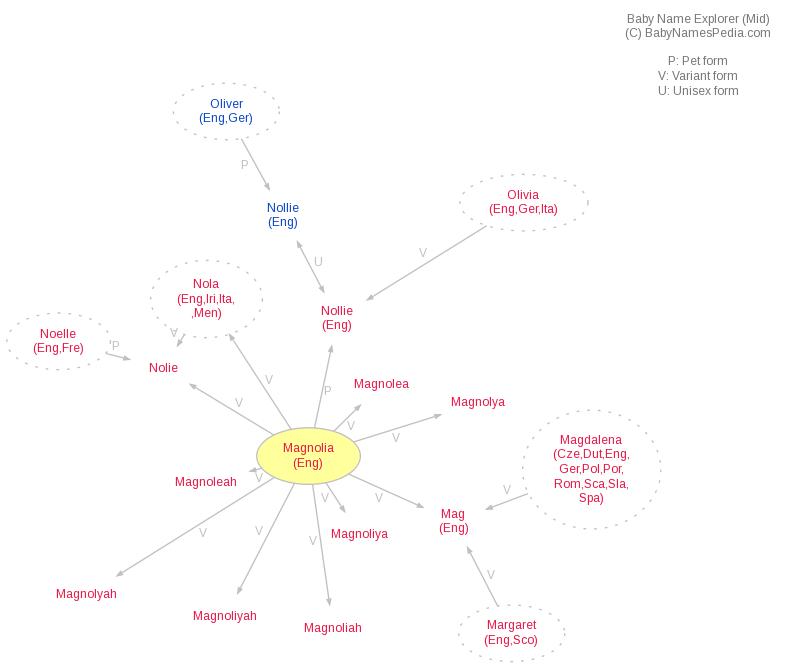