What does Maher mean?

Maher is a form of the Arabic, Hebrew, and Turkish Mahir.

Variant forms inherit both the origin and meaning of the name Maher.

Maher is an unusual baby boy name. It is not ranked within the top 1000. 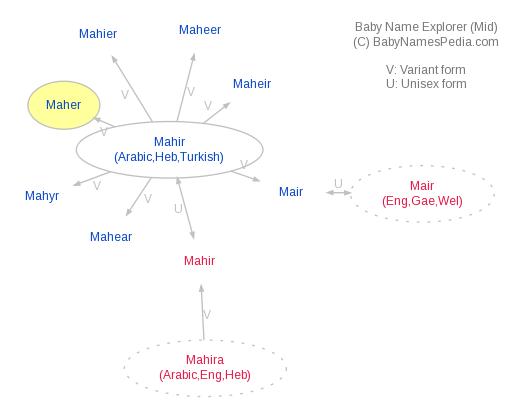