What does Mai mean?

[ 1 syll. mai, ma-i ] The baby girl name Mai is also used as a boy name, though the use for girls is far more popular. It is pronounced May or Mey- †.

Mai's language of origin is Old Greek, Hebrew, English. It is predominantly used in English, Japanese, Scandinavian, Vietnamese, and Welsh.

A form of Mai is the name Maie.

Mai is of French origin. Here, it means 'the month of May'.

Mai is also a form of the English and Scottish May.

Mai is an uncommon baby girl name. At the modest height of its usage in 1990, 0.012% of baby girls were named Mai. It was #796 in rank then. The baby name has fallen from favor since then, and is of only irregular use now. In 2018, within the family of girl names directly related to Mai, Maria was the most popular. 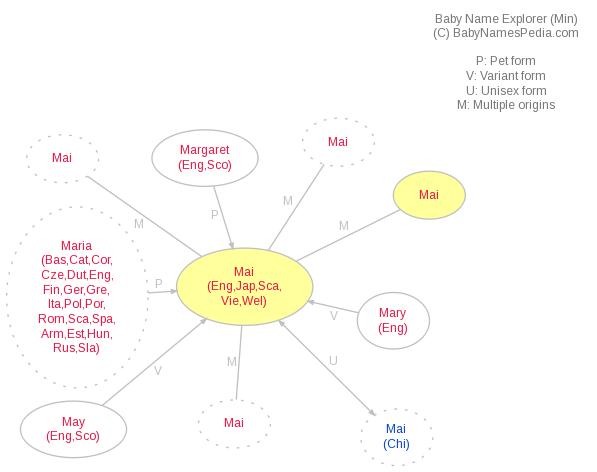