What does Maite mean?

Maite is of Basque origin and it is also used mainly in Basque. It is derived literally from the word maite which is of the meaning 'dear, beloved, lovable'.

Variant forms of Maite include the names Maitei and Mayte.

Maite is of Various origin. The name is derived from the contracted combination of Maria and Teresa.

Variations of Maite include Maitana, Maitane, Maite, and Mayte.

In addition, Maite is a variant form of the name Maite.

Maite is also a diminutive of the Spanish Maria Teresa.

Maite is unusual as a baby name for girls. It is not listed in the top 1000 names. In 2018, among the group of girl names directly linked to Maite, Maria was the most commonly used. 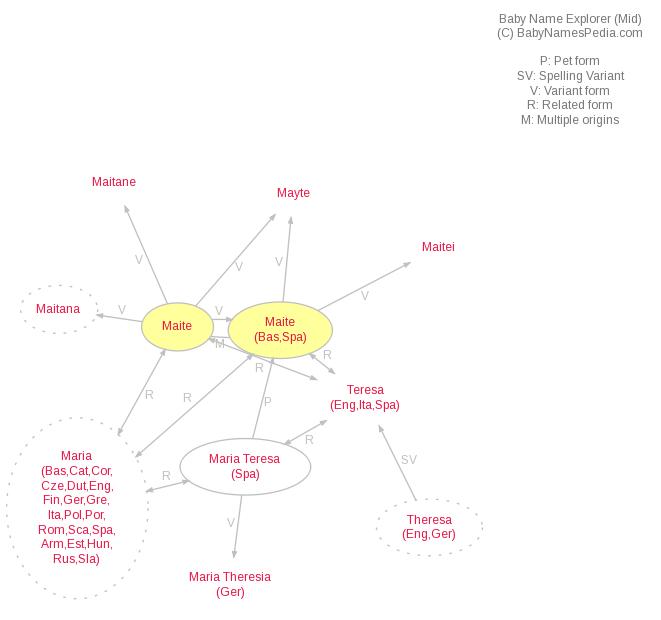