What does Malcolm mean?

[ 2 syll. mal-col(m), ma-lco-lm ] The baby boy name Malcolm is pronounced as MAELKahM †. Malcolm is used chiefly in the English and Scottish languages, and it is derived from Celtic origins. The name's meaning is disciple of Saint Columba. It is derived from the element 'mael' meaning disciple, prince, chief. Mael Coluim (Old Irish) is an older form of Malcolm. The meaning of the name refers to Saint Columba of Scotland (521-597), an outstanding Gaelic missionary monk who converted many Scots to Christianity; in the medieval times, it was considered inappropriate to directly bestow a saint's name, therefore giving rise to the practice of adding 'Mael' as a prefix meaning 'disciple of'. In Scotland, Malcolm is used as an Anglicized version of Calum. The name Malcolmina (English and Scottish) is the female form of Malcolm.

Other forms of Malcolm include the short forms Mal (English) and Malc (English), and the variant spelling Malcom (English and Scottish).

Malcolm is a classic favorite. At present it is still a fairly popular baby name for boys, though it was in more widespread use previously, and it is also considered fairly trendy. The name's popularity rose from the 1980s up to the 1990s. At the modest height of its usage in 1992, 0.071% of baby boys were given the name Malcolm. It ranked at #206 then. The baby name has since experienced a fall in popularity. In 2018, its usage was 0.041% and its ranking #394, but it was nonetheless the most popular within all boy names in its group. In 2018, 62% more boys were named Malcolm than the subsequent ranked name, Callum. 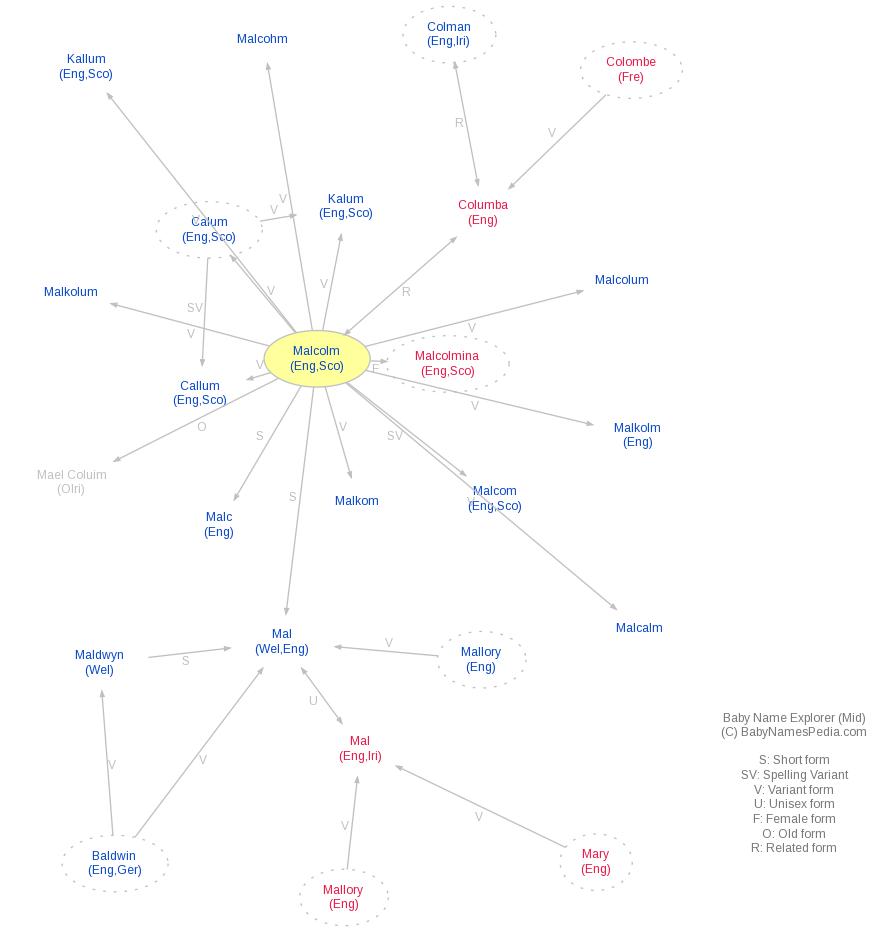