What does Mali mean?

[ 2 syll. ma-li, mal-i ] The baby girl name Mali is also used as a boy name. It is pronounced Maa-LIY- or MAEL-iy- †. Mali's language of origin is Gothic, Latin, and Arabic. It is predominantly used in German, Hungarian, and Welsh.

Mali is a shortening (German and Hungarian) of the English, German, Scandinavian, French, and Czech Amalie and a form (German) of Amalia.

Mali is also a shortening of the Hungarian, African, Arabic, English, Indian, and Swahili Malika.

Mali is also a form (Welsh) of the English and Irish Molly.

Mali is not popular as a baby girl name. It is not in the top 1000 names. In 2018, within the family of girl names directly related to Mali, Amelia was the most frequently used. 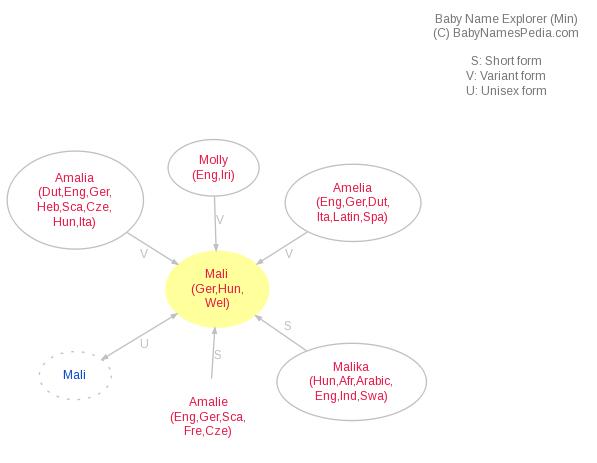