What does Mallory mean?

[ 3 syll. mal-lo-ry, ma-ll-ory ] The baby girl name Mallory is also used as a boy name, though it is far more popular for girls. It is pronounced MAA-LowRiy- †.

Mallory is of Old French origin and it is used mainly in English. It is from the word malheure with the meaning 'unlucky, unhappy'. The first name is derived from the surname, which was originally given as a Norman French byname for someone who has been unlucky. The popularity of the name was boosted by the appearance of a character named Mallory Keaton in the popular US TV sitcom Family Ties (1982-1989).

Mallory is of Germanic origin. Here, the meaning is 'army counselor'.

Mallory is rather popular as a baby girl name. The name grew in popularity during the 1980s; prior to that, it was of only infrequent use. At the modest height of its usage in 1986, 0.180% of baby girls were named Mallory. It had a ranking of #83 then. The baby name has dropped in popularity since then. In 2018, it ranked at #555 with a usage of 0.030%, but it was nevertheless the most widely used within all girl names in its family. 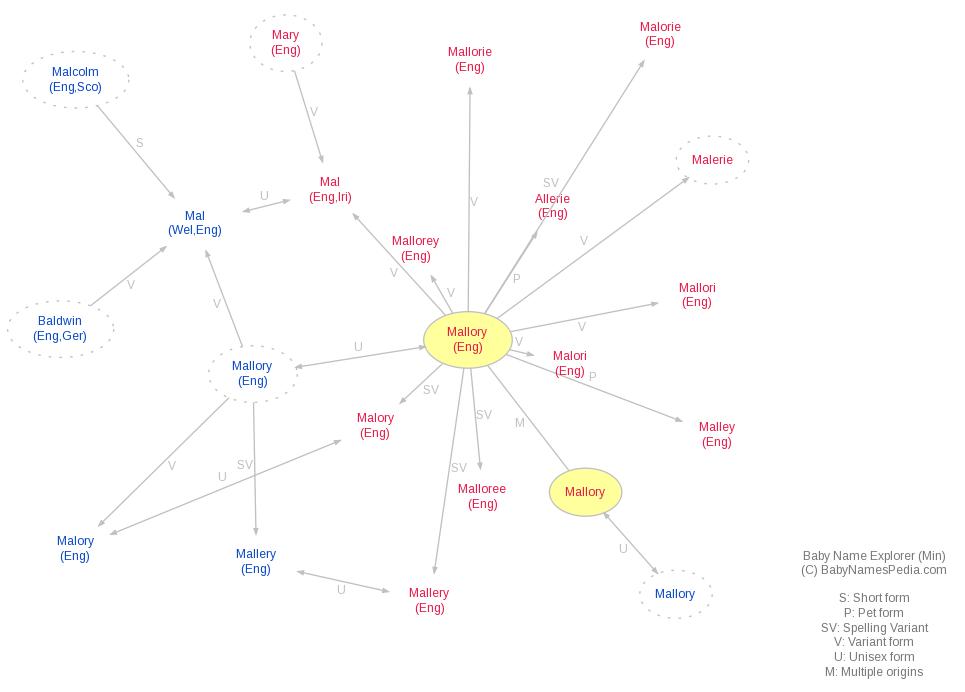