What does Mallow mean?

[ 2 syll. mal-low, ma-ll-ow ] The baby boy name Mallow is also used as a girl name. Its pronunciation is MAELow †.

The origin of Mallow is English. The name is of the meaning the Mallow flower. The first name can be derived from the name of the mallow family of flowering plants.

Mallow's origin is Celtic. The meaning here is from Mallow, Ireland. The first name can be derived from the name of the town of Mallow in County Cork, Ireland.

Mallow is unusual as a baby name for boys. It is not listed in the top 1000 names. 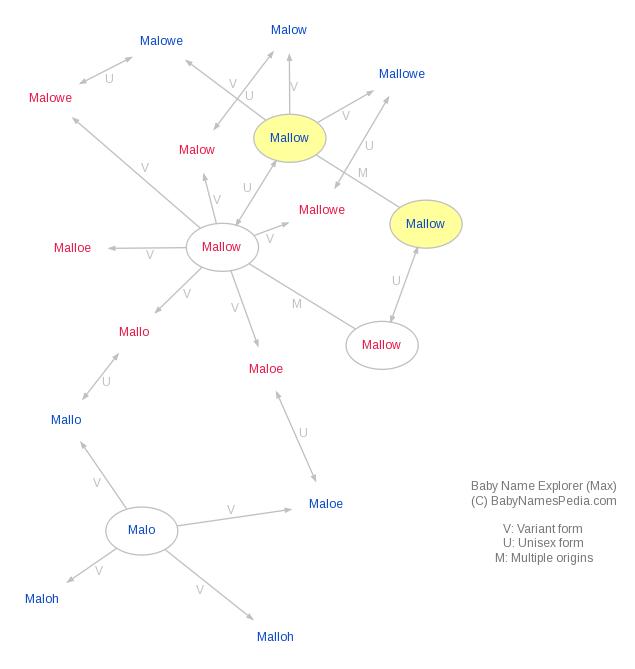