What does Malvina mean?

[ 3 syll. mal-vi-na, ma-lv-ina ] The baby girl name Malvina is pronounced as MaeLVIY-Naa- †. Malvina is primarily used in the English, Scottish, and Scandinavian languages. Its language of origin is English and Old English. English origin, English and Scottish use: It is derived from the word 'maol-mhin' meaning smooth brow. The name was invented by the Scottish poet James Macpherson (1736-1796) for the Ossianic poems, translations from the work of Ossian, son of the Irish legendary hero Finn MacCool.

Malvina is an English, Scandinavian, and Scottish form of the English name Melvina.

Malvina is unusual as a baby girl name. Its usage peaked modestly in 1903 with 0.007% of baby girls being given the name Malvina. It was #779 in rank then. The baby name has experienced a fall in frequency since then, and is now of irregular use. Among all girl names in its family, Malvina was nonetheless the most frequently used in 2018. 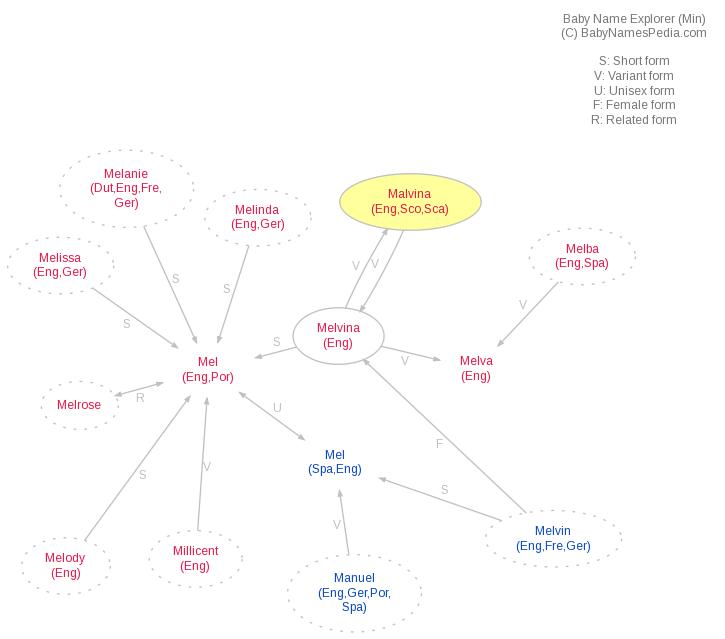