What does Manfred mean?

[ 2 syll. man-fred, ma-nfr-ed ] The baby boy name Manfred is pronounced MAAN-FRahT in Dutch or MAAN-FRehT in German and Polish †. Manfred has its origins in the Germanic language, and it is used largely in Dutch, English, German, and Polish. Manfred is of the meaning 'man of peace, strong peace, much peace'. Mainfred (Old French) and Manfried (Germanic) are older forms of the name. The name is of the first element man, magin (meaning 'strength, power') or manag, combined with the second element fridu ('peace, protection, safety'). The name was introduced by the Normans to England, but later fell into disuse before being revived during the re-introduction from Germany in the 19th century. Among English speakers, the name was popularized by a character of the same name in the Horace Walpole novel The Castle of Otranto (1764), which could have its historical basis in Manfred of Sicily (1232-1266), an illegitimate son of the emperor Frederick II. The name was later popularized by the Lord Byron dramatic poem Manfred (1816-1817), which was later adapted into musicals.

Manfred is not popular as a baby name for boys. It is not listed within the top 1000 names. 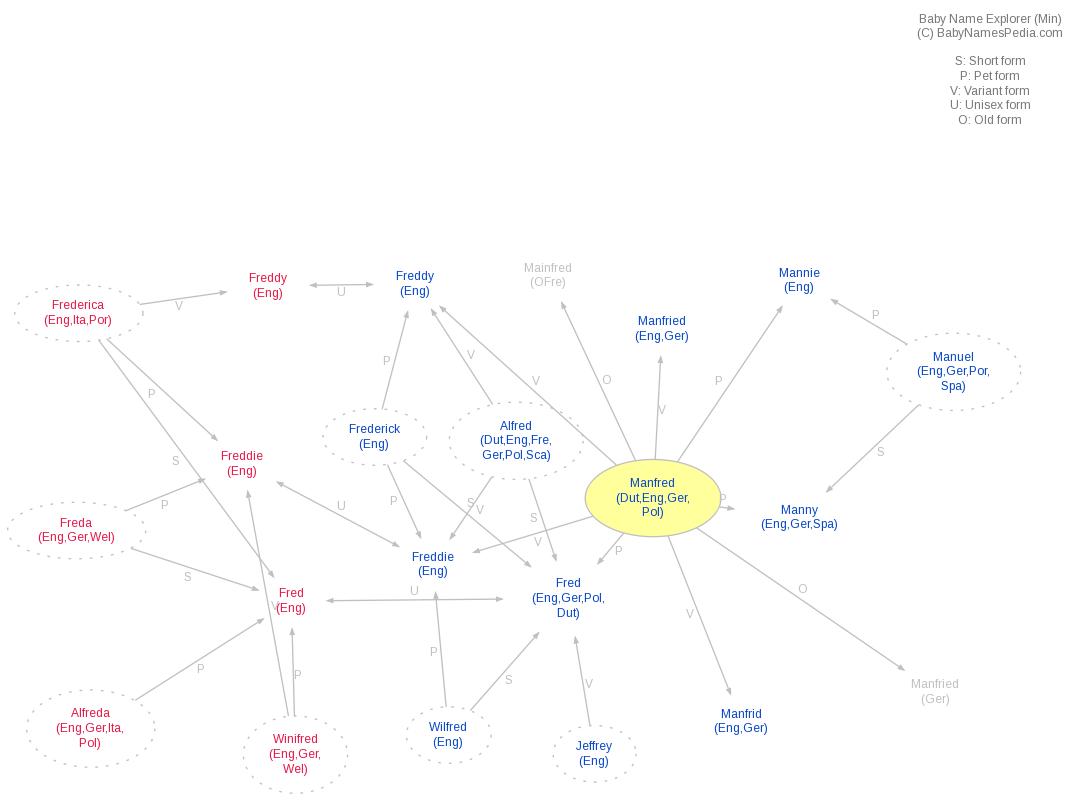