What does Manuel mean?

[ 3 syll. ma-nuel, man-u-el ] The baby boy name Manuel is sometimes used as a girl name. Its pronunciation is MAAN-uw-ehL in German, MaaN-uw-EHL in Portuguese, or Maa-NWEHL in Spanish †. Manuel is largely used in the English, German, Portuguese, and Spanish languages, and its origin is Hebrew. The name's meaning is God is with us. A biblical name, it is derived from the elements 'im' meaning with ; 'el' God, powerful. Immanuel (Hebrew) is an older form of Manuel. The name is known as the foretold name of the coming Messiah in the Bible, as prophesied by Isaiah; in the authorized versions of the Old Testament it is written as Immanuel, and in the New Testament, Emmanuel. The name as taken up by English speakers from the 17th century; the Spanish form Manuel has been common in the USA. The name Manuela (English, German, Italian, Portuguese, and Spanish) is the female equivalent of Manuel.

The name Manuel is used to a great extent; it has 45 variants that are used in English and other languages. Variants used in English include Emanual, Immanuel (used in German, Hebrew, and Yiddish as well), Manel (used in Catalan as well), Mannea, Mannee, Manney, Manni, Mannuel, Manolete, Manolito, Manollo, Manolón, Manual, Manuale, Manuell, Manuelli, and Manuello. The short forms Man and Manny (used in German, and Spanish as well), and the diminutive form Mannie are other English variants.

Manuel is a classic favorite. Currently it is still popular as a baby name for boys, though to a lesser extent than it was previously. At the modest height of its usage in 1929, 0.146% of baby boys were given the name Manuel. It ranked at #111 then. The baby name has since fallen in popularity, and is now of occasional use. In 2018, its usage was 0.062% and its ranking #289, but it was nonetheless the 2nd most popular after Emmanuel, within all boy names in its group. In 2018, it was used 99% more than Manuel. Manuel has mostly been a baby boy name in the past century. 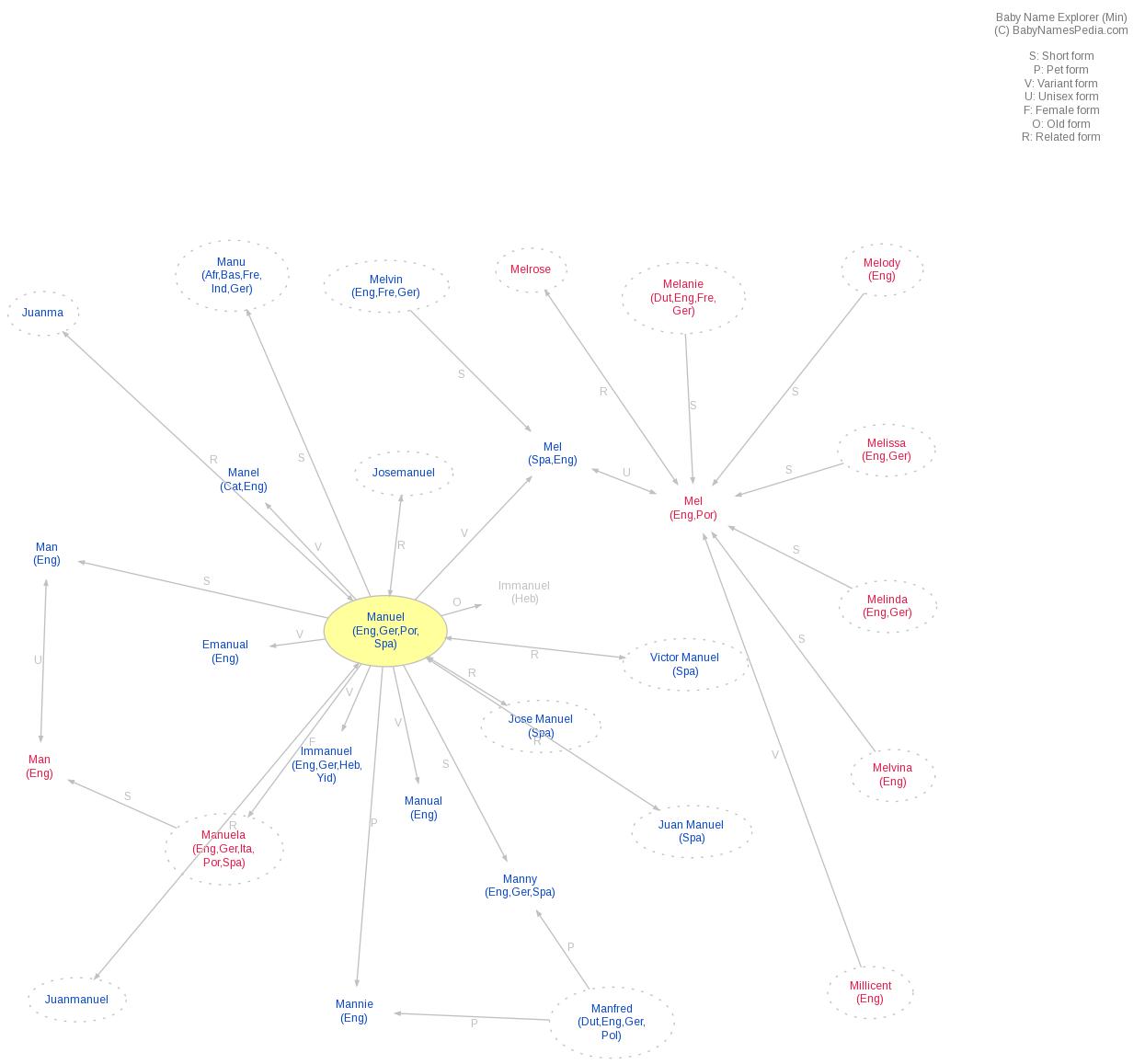