What does Mara mean?

[ 2 syll. ma-ra, mar-a ] The baby girl name Mara is pronounced MAARAH †. Mara is of Old Greek and Hebrew origin. It is used mainly in English, Hebrew, Italian, Slavic, German, Hungarian, and Czech. Hebrew origin, English, German, Hebrew, Hungarian, and Italian use: It is a biblical name derived from the word marah with the meaning 'bitter'. In the Bible, Naomi gave herself the name Mara after the deaths of her husband and two sons: 'Call me not Naomi, call me Mara: for the Almighty hath dealt very bitterly with me'. The name has been adopted by English speakers since the 17th century.

In addition, Mara is a shortening of Amara (English).

Mara is also a familiar form of Damaris (English and German) in the English, Hebrew, Italian, and Slavic languages.

Mara is also a variant of Mary (English) in the English, Hungarian, and Slavic languages.

Mara is also a variant of Tamar (Armenian, English, Hebrew, and Turkish) in the Czech language. 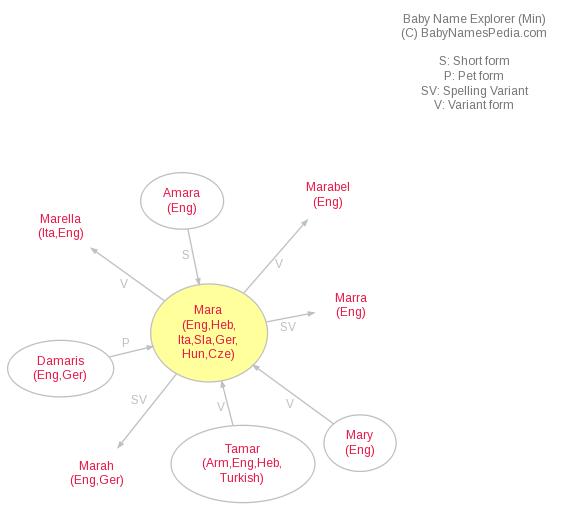