What does Marcellin mean?

Marcellin is a variant of the name Marcel (Catalan, English, French, and German).

Marcellin is also a variant (French) of the name Mark (English, Dutch, Russian, and Scandinavian).

The name Marcellina (German and Italian) is the female version of Marcellin.

Marcellin is an unusual baby name for boys. It is not listed in the top 1000 names. In 2018, within the group of boy names directly linked to Marcellin, Mark was the most commonly used.

Baby names that sound like Marcellin include Marcelin (French), Marcelino, and Marcellino (Italian). 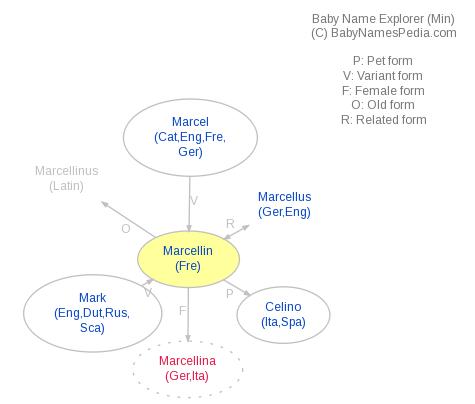