What does Marcial mean?

[ 3 syll. mar-cial, ma-rci-al ] The baby boy name Marcial is pronounced MaaRSiy-AA-L †. Marcial is of Latin origin and it is used largely in the Spanish language. The first name is derived from the Roman nicknameMartialis (Latin), which is itself derived from the name of the Roman god of war Mars. The name was borne by the Latin poet Marcus Valerius Martialis (40-102), known in English as Martial.

In addition, Marcial is a variant form of the Catalan, English, French, and German Marcel.

A variant form of Marcial is the English Martial.

Variant forms share the origin and meaning of the name Marcial.

Marcial is not regularly used as a baby name for boys. It is not ranked within the top 1000 names. In 2018, out of the group of boy names directly linked to Marcial, Marcel was the most popular. 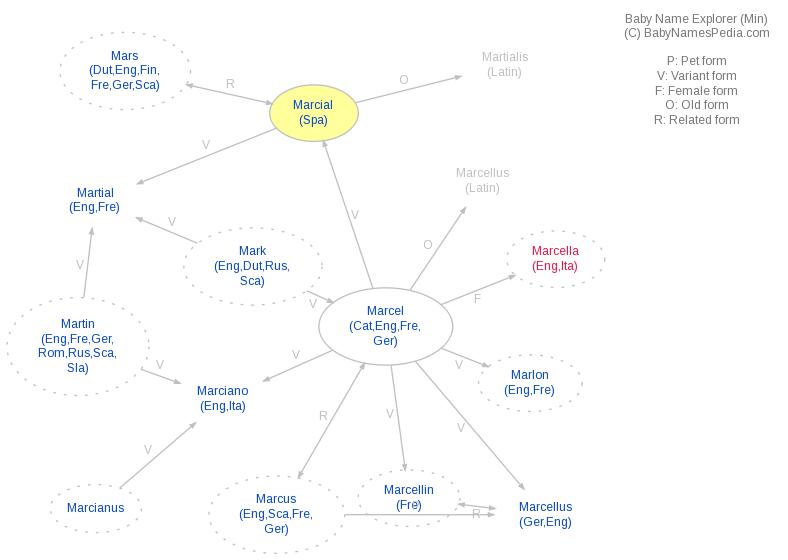