What does Marcus mean?

[ 2 syll. mar-cus, ma-rc-us ] The baby boy name Marcus is pronounced in English as MAAR-KahS †. Marcus is used mostly in English, Scandinavian, French, and German, and it is of Latin origin. Marcus' meaning is war-like, dedicated to Mars; gleaming. Marcus was used as a pre-Christian baptismal and given name; it could be derived from 'marcus' and 'mars', in reference to the Roman god of war, or it could be from the element 'mar', or it could be related to Marius. The name was traditionally given to boys born in March. Marcellus was the Latin pet form that gave rise to Marcel and Marcello. The name was popular in Rome, where it was borne by the 1st-century Roman consul and writer Marcus Tullius Cicero, as well as the Roman Emperor Marcus Aurelius (121-180). In literature, it was known from Marcus Andronicus in Shakespeare's Titus Andronicus (1590-1594).

Marcus is a derivative (English, French, and German) of the English, Dutch, Russian, and Scandinavian name Mark. 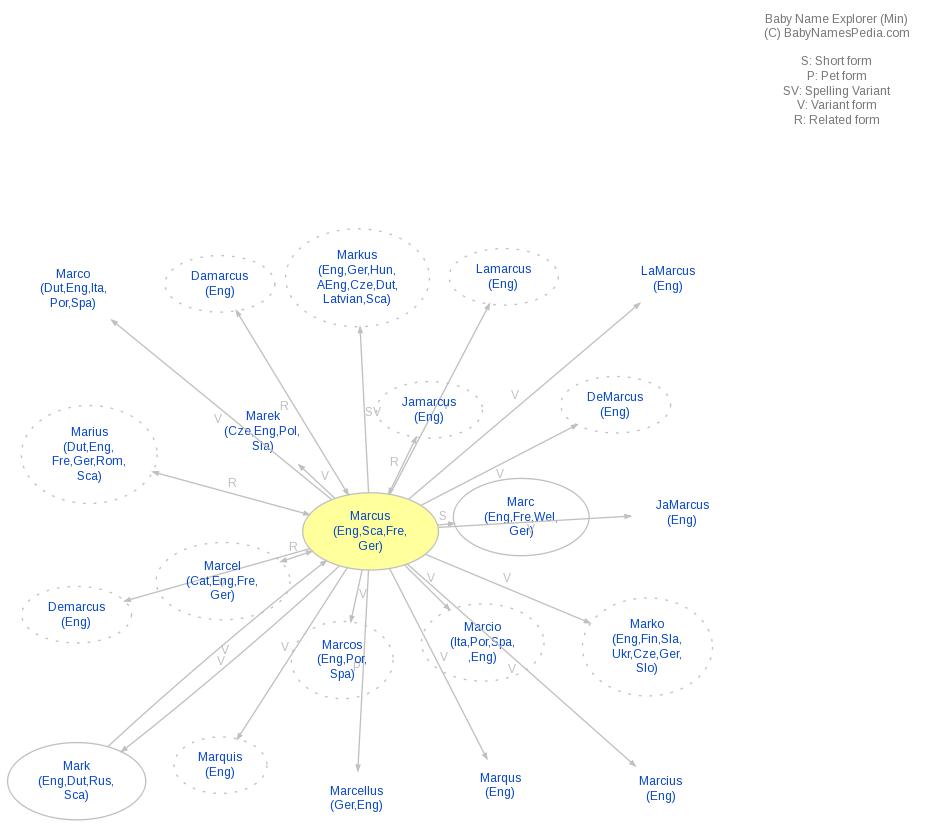