What does Marcy mean?

[ 2 syll. mar-cy, ma-rcy ] The baby girl name Marcy is pronounced MAARSiy- †. Marcy's language of origin is Latin and it is used mainly in the English language.

In addition, Marcy is a diminutive form of Marcia (English, Italian, Portuguese, Spanish, and Polish) in the English language.

Variant forms share both the origin and meaning of Marcy.

Marcy is uncommon as a baby name for girls. At the height of its usage in 1971, 0.066% of baby girls were given the name Marcy. It ranked at #256 then. The baby name has since markedly declined in popularity, and is of only very modest use today. Within all girl names in its group, Marcy was nonetheless the most popular in 2018. 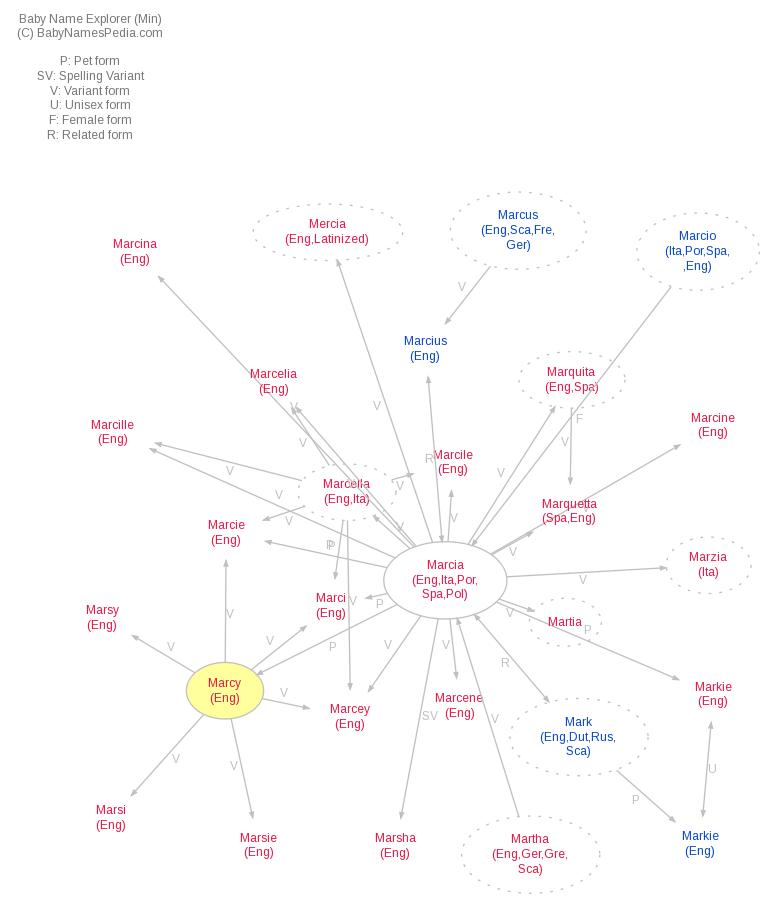