What does Margot mean?

In addition, Margot is a pet form of the English and Scottish name Margaret in the Eastern European, English, French, and German languages.

Margot is also a pet form of the English and French name Marguerite.

Variant forms share the origin and meaning of the name Margot.

Margot is a fairly popular baby name for girls, and it is also viewed as trendy. The name has been growing in popularity since the 2010s. Its usage peaked modestly in 2018 with 0.048% of baby girls being given the name Margot. Its ranking then was #358. Among all girl names in its group, Margot was the 2nd most popular after Margaret in 2018. The name was thrice as popular as Margot in that year. 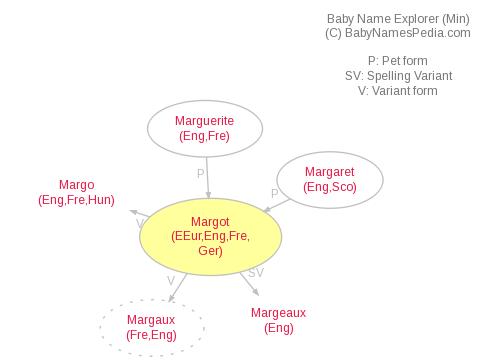