What does Marguerite mean?

[ 3 syll. mar-gue-ri-te, ma-rguer-ite ] The baby girl name Marguerite is pronounced as Maa-RGah-RIY-T †. Marguerite is an English and French name of Old Greek origin. The French Marguerite was popularized among English speakers in the 19th century when it was adopted as the name of a cultivated variety of daisy flowers. The vogue for flower and plant first names then also promoted its popularity.

Both the origin and meaning of Marguerite is inherited by all variant forms.

Marguerite is uncommon as a baby girl name. At the height of its usage in 1909, 0.282% of baby girls were given the name Marguerite. It had a ranking of #81 then. The baby name has seen a marked fall in popularity since then, and is currently of very modest use. Within the family of girl names directly linked to Marguerite, Margaret was the most widely used in 2018. 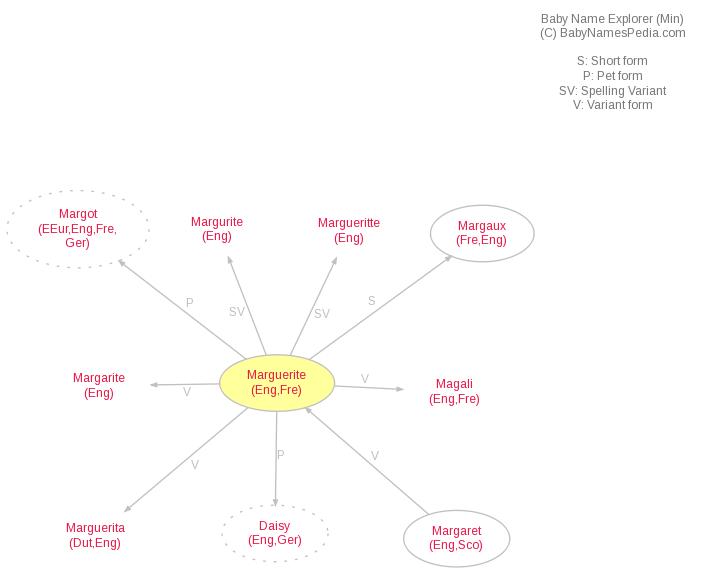