What does Maria mean?

[ 3 syll. ma-ria, mar-ia ] The baby girl name Maria is also used as a boy name, though it is far more popular for girls. It is pronounced in English as Mah-RIY-ah, in Dutch, German and Italian as Maa-RIY-aa, or in Polish as MAAR-Yaa †. Maria has its origins in the Hebrew language. It is used largely in Basque, Catalan, Corsican, Czech, Dutch, English, Finnish, German, Greek, Italian, Polish, Portuguese, Romanian, Scandinavian, Spanish, Armenian, Estonian, Hungarian, Russian, and Slavic. The name Maria means 'sea of bitterness; rebelliousness; wished-for child; to swell'. It is derived from the word mirjam with the meaning 'bitterness'. Original forms of the name include Maria (Latin and Old Greek), Mariam (Old Greek), Mariamne (Hebrew), Maryam (Aramaic), and Miryam (Hebrew). Maria is the usual European form of the English name Mary. It was the name of two queens of Portugal. The name has been widely adopted by English speakers since the 16th century. It has appeared in Shakespeare's Much Ado About Nothing (1598-1599) and Twelfth Night (1601). It is also the name of the heroine in the Leonard Bernstein musical West Side Story (1957). See Maria for more information.

Maria is the feminine equivalent of the name Marianus and the Dutch, English, French, German, Romanian, and Scandinavian Marius.

Maria is an all-time favorite. Currently it is still popular as a baby girl name, but not as much as it was in the past. The name grew in popularity from the 1910s up to the 1960s; prior to that, it was of only modest use. Its usage peaked in 1966 with 0.518% of baby girls being named Maria. It had a ranking of #44 then. The baby name has dropped in popularity since then. In 2018, it ranked at #116 with a usage of 0.141%, but it was nevertheless the 2nd most popular after Mia, among all girl names in its family. It was 5 times more popular than Maria in 2018. Maria has mainly been a baby girl name in the last century. There were 60 times more baby girls than boys who were named Maria in 1989. 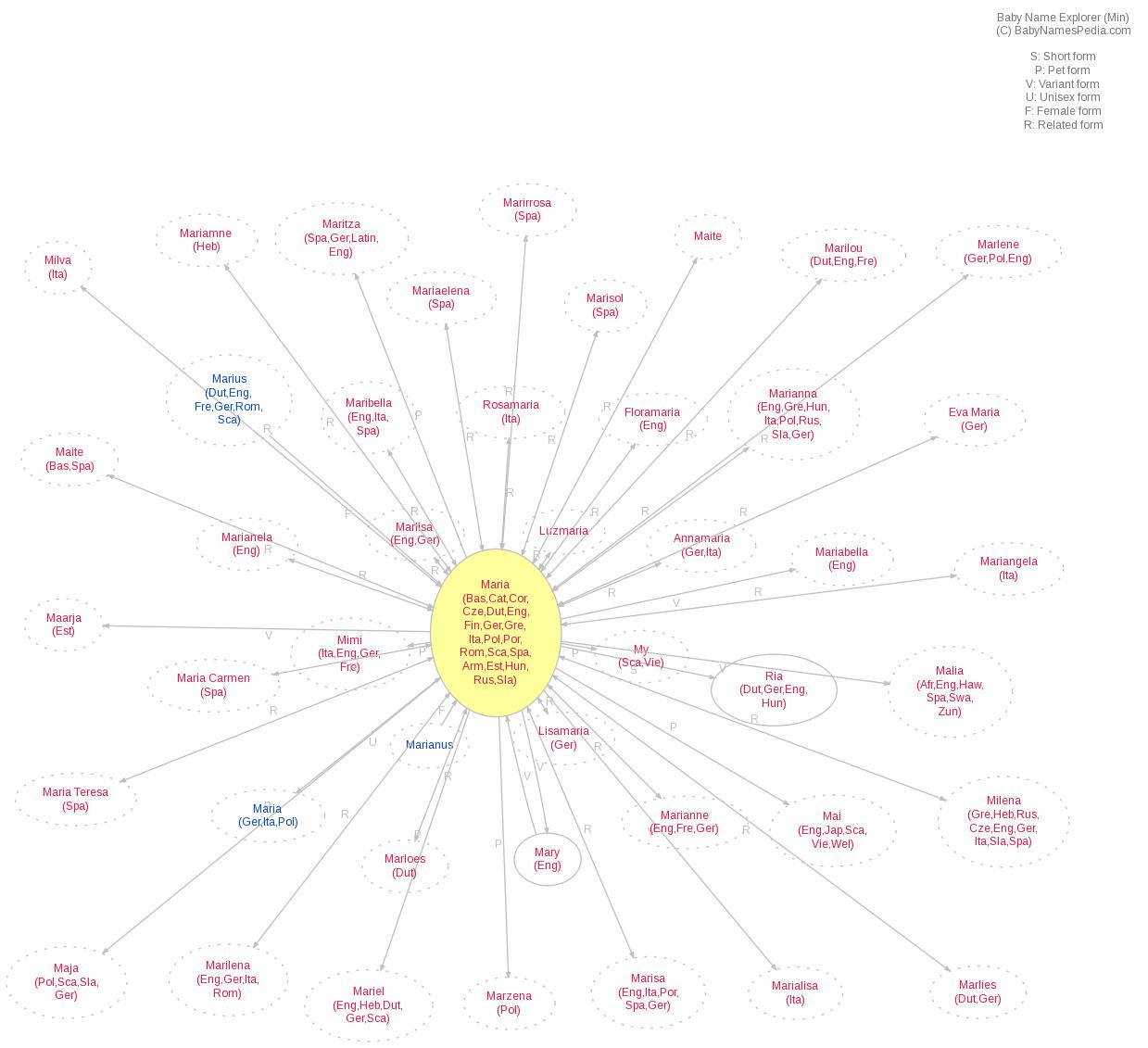