What does Marianus mean?

[ 4 syll. ma-ria-nus, mar-ian-us ] The baby boy name Marianus is pronounced as Maa-Riy-AE-N-ahS †. The origin of Marianus is the Latin language. The name's meaning is Mars; male, manly, virile; sea. It is derived from the elements 'maris' meaning male, manly, virile ; 'mare' sea. The source form is the Roman family name Marianus (Latin), which is itself a derivative of Marius. Since the early Christian Era, Marianus has been taken as a masculine form of Maria and associated with the Virgin Mary, much like the name Marius. The name was borne by various early saints and martyrs.

Marianus is a variant of the name Marius (Dutch, English, French, German, Romanian, and Scandinavian).

Marianus is not regularly used as a baby name for boys. It is not listed in the top 1000 names. In 2018, among the group of boy names directly linked to Marianus, Mario was the most frequently used. 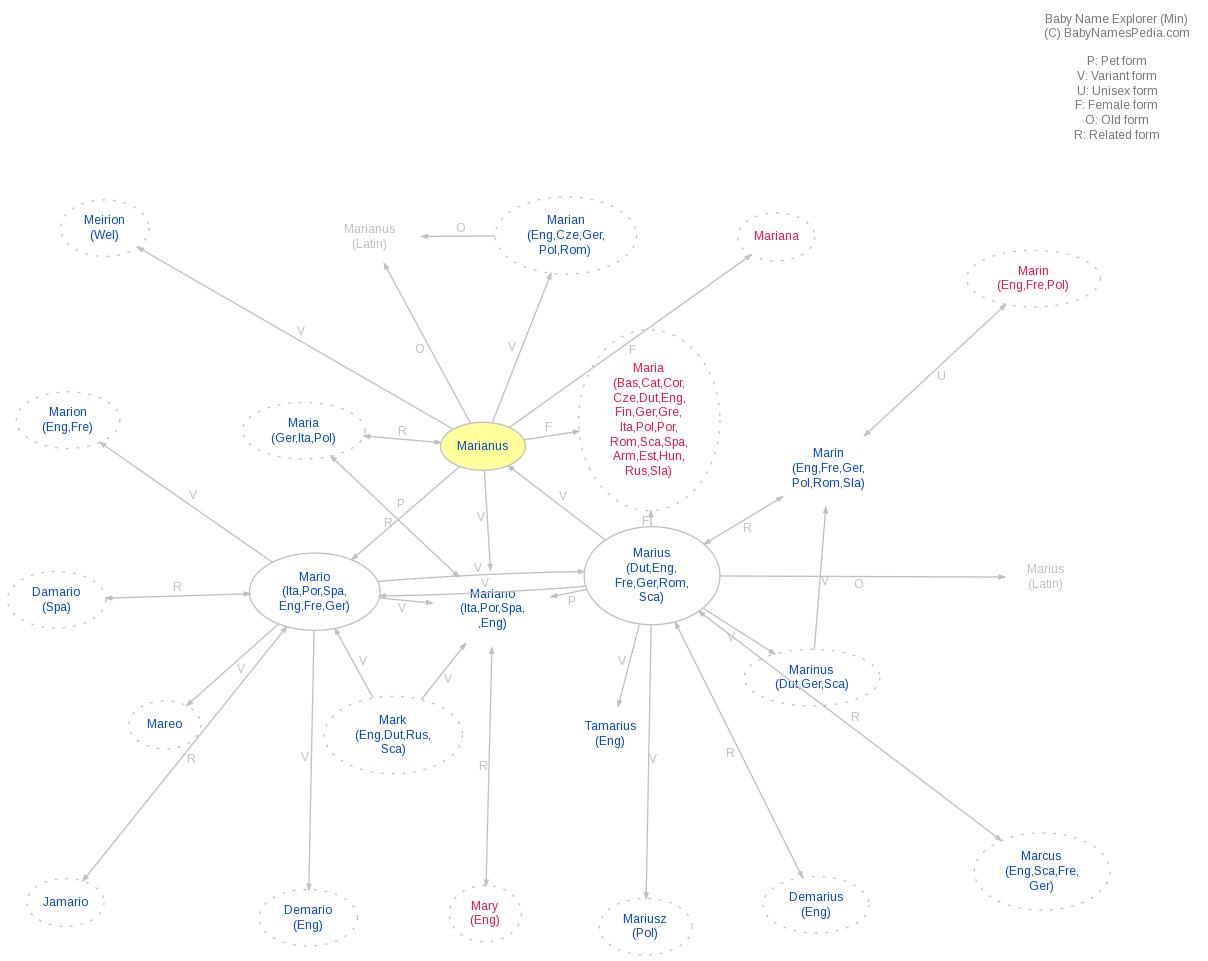