What does Mariel mean?

[ 3 syll. ma-riel, mar-i-el ] The baby girl name Mariel is pronounced MaaRRiy-EHL †. Mariel's language of origin is Hebrew and Celtic, and it is used mainly in the English, Hebrew, Dutch, German, and Scandinavian languages. The name is usually derived from Mary under the influence of Muriel. In the case of the actress Mariel Hemingway (1961-), her name is taken from the Cuban port of Mariel.

Mariel is also a variant form of the English, French, German, and Irish Muriel in the English language.

Variant forms share both the origin and meaning of the name Mariel.

Mariel is uncommon as a baby name for girls. At the modest height of its usage in 1992, 0.013% of baby girls were given the name Mariel. Its ranking then was #773. The baby name has since fallen out of favor, and is of only sporadic use today. Within the group of girl names directly linked to Mariel, Maria was the most popular in 2018. 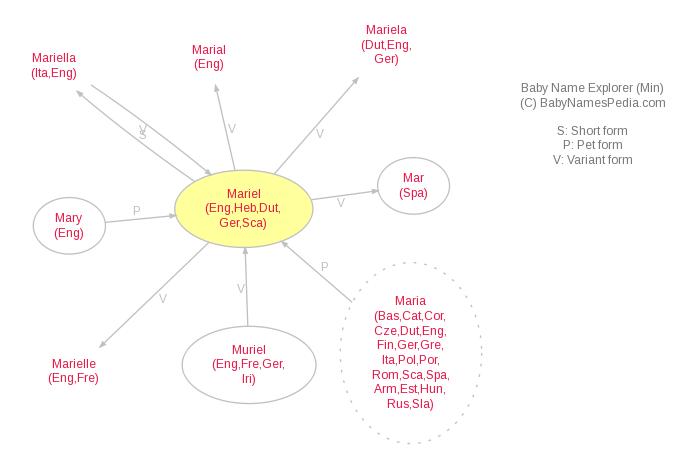