What does Marigold mean?

[ 3 syll. ma-ri-gol(d), mar-igo-ld ] The baby girl name Marigold is pronounced as MEH-Riy-GowLD †. Marigold is an English name of Japanese and English origin. English origin: The first name is derived from the name of the flower. The flower name was 'golde' in Old English, in reference to its similarity in color to the precious metal; it was later extended to 'marigold' around the 13th century, in tribute to the Virgin Mary, who was associated with the flower. The name is thus sometimes taken to be a combination of Mary and the word 'gold'. It was initially adopted in the late 19th century, during the vogue for flower names.

In addition, Marigold is a familiar form of Mari.

Variant forms share the origin and meaning of Marigold.

Marigold is not commonly used as a baby girl name. It is not listed within the top 1000. Out of the family of girl names directly related to Marigold, Mary was the most widely used in 2018. 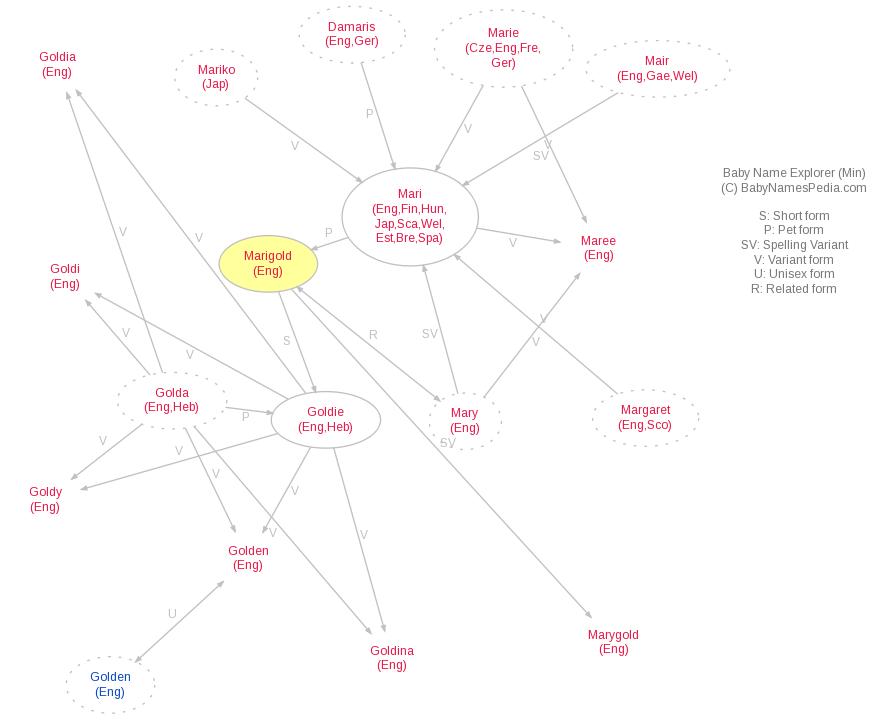