What does Marilyn mean?

[ 4 syll. ma-ri-lyn, mar-il-yn ] The baby girl name Marilyn is pronounced as MEHR-iy-LiyiyN †. Marilyn is largely used in the English language and it is derived from Hebrew origins. The name is a 20th-century elaboration of Mary by combining it with the suffix '-lyn' or the name Lynn. It was first adopted by English speakers in the early 20th century, and it was later promoted by the fame of the American blonde sex symbol Marilyn Monroe (Norma Jeane Mortenson, 1926-1962). The controversial American rocker Marilyn Manson (1969-) is a rare example where the name has been borne by a man.

Marilyn is a familiar form of the name Mary (English).

Variant forms inherit the origin and meaning of Marilyn.

Marilyn is a classic favorite. Currently it is still a rather popular baby girl name, but to a lesser degree than it was in the past. The name's popularity jumped from the 1910s up to the 1930s. Its usage peaked in 1936 with 1.027% of baby girls being given the name Marilyn. It was #13 in rank then. The baby name has experienced a steep fall in popularity since then. In 2018, its usage was only 0.027% and its ranking #610. Among the family of girl names directly linked to Marilyn, Mary was the most frequently used. In 2018, it was 5 times more widely used than Marilyn. The name Marilyn has been primarily given to girls, though it has also been used as a boy name in the last century. In 1937, 215 times as many girls than boys were given the name Marilyn. 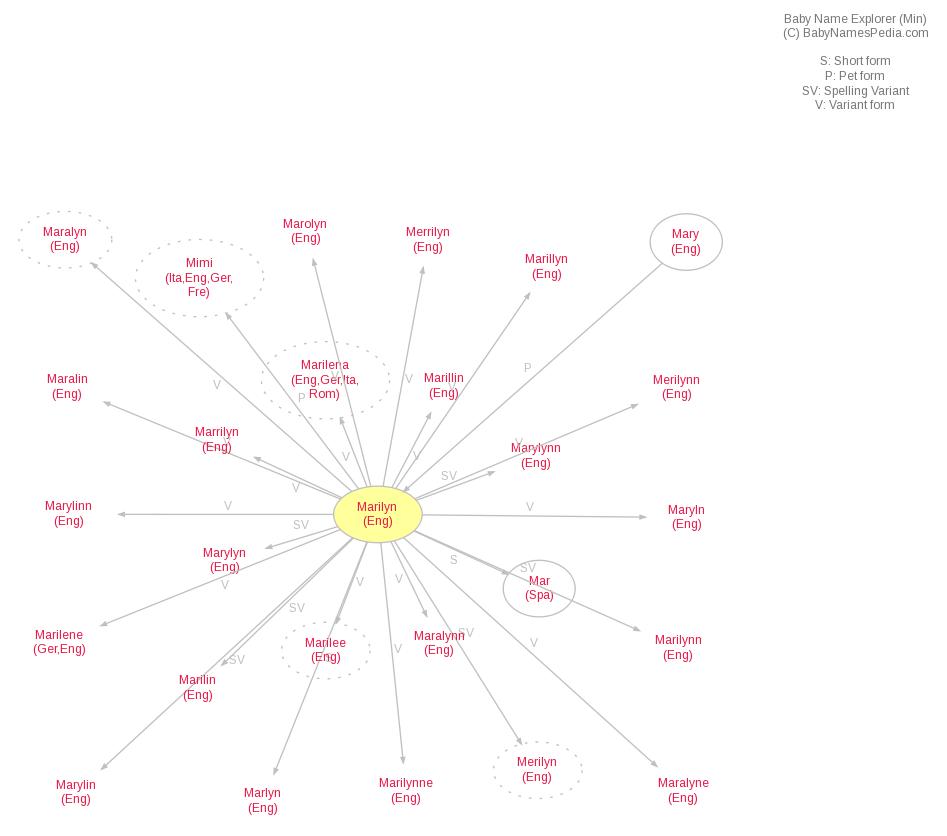