What does Marin mean?

[ 2 syll. ma-rin, mar-in ] The baby girl name Marin is also used as a boy name, though it is far more popular for girls. It is pronounced Maa-R-AEN- or MEY-R-ehN †. Marin is of Latin origin. It is used mainly in English, French, and Polish.

In addition, Marin is a form of Marina.

Another form of the name is the shortening Mar.

Marin is uncommon as a baby girl name. At the modest height of its usage in 2007, 0.015% of baby girls were named Marin. It had a ranking of #871 then. The baby name has markedly dropped in popularity since then, and is currently of only irregular use. Within the family of girl names directly related to Marin, Maren was the most popular in 2018. Marin has in the last century been mainly given to baby girls. 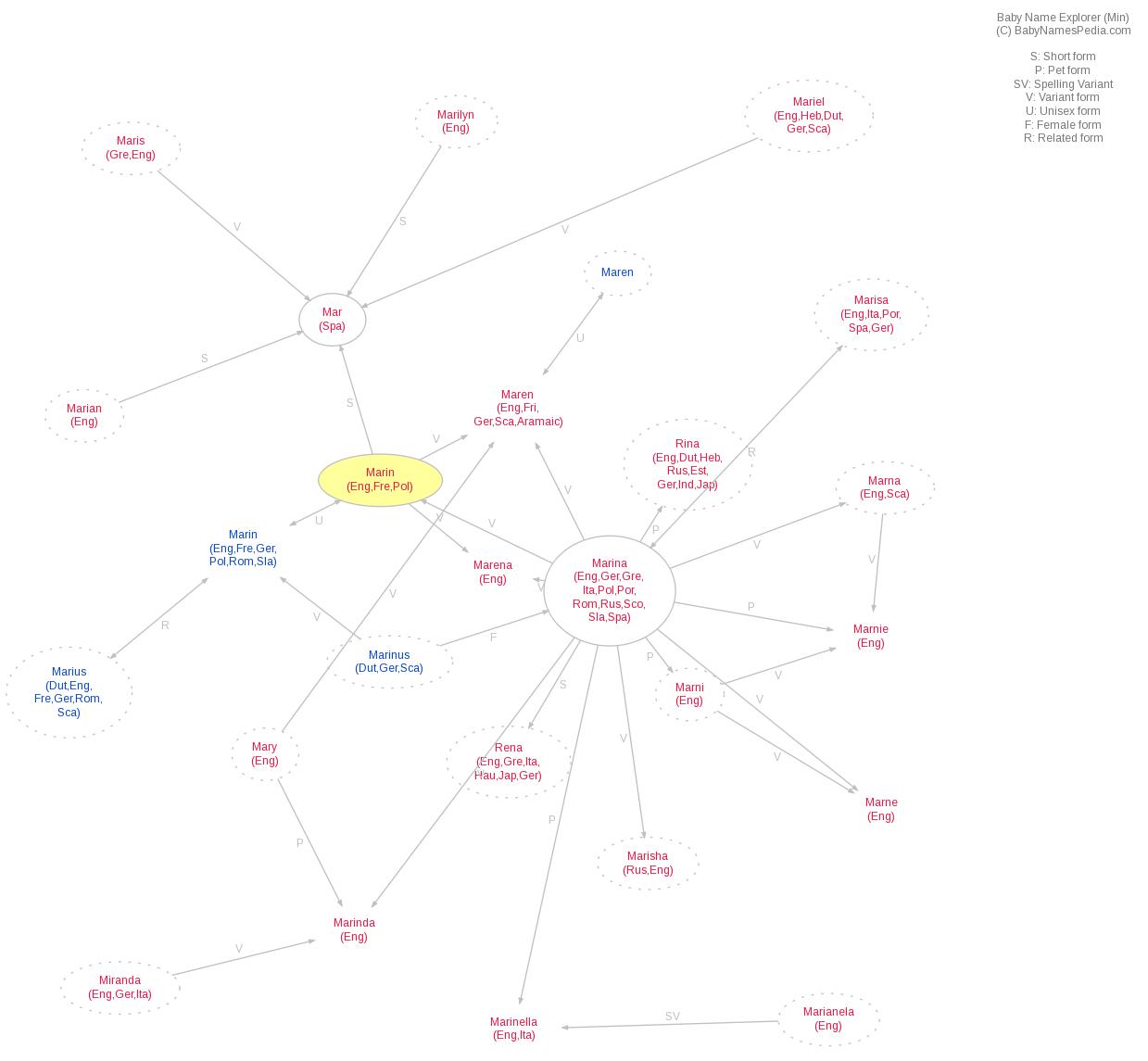