What does Marin mean?

[ 2 syll. ma-rin, mar-in ] The baby boy name Marin is also used as a girl name, with the latter form being much more common. Its pronunciation is Maa-R-AEN- or MEY-R-ehN †. Marin is used chiefly in the English, French, German, Polish, Romanian, and Slavic languages, and it is derived from Latin origins. Marin is a variant of the name Marinus (Dutch, German, and Scandinavian).

Marin is not regularly used as a baby name for boys. It is not listed in the top 1000 names. Marin has in the past century been predominantly given to girls. 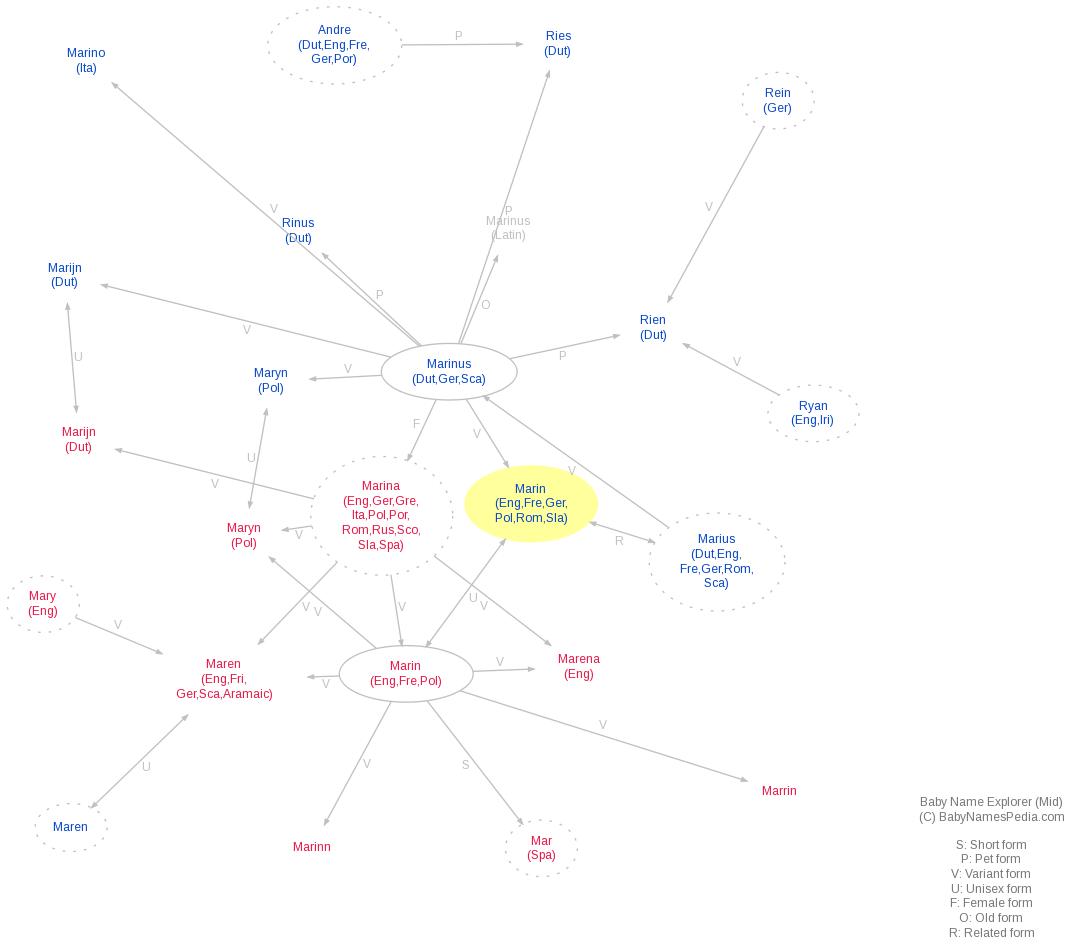