What does Marinus mean?

[ 3 syll. ma-ri-nus, mar-in-us ] The baby boy name Marinus is pronounced as Maa-Riy-NUW-Z †. Marinus is used predominantly in the Dutch, German, and Scandinavian languages, and its origin is Latin. The first name is derived from the Roman family name Marinus (Latin), which is either from the personal name Marius or the Latin 'marinus'. Saint Marinus (-366) was the founder of the European republic of San Marino. The name was borne by several other saints and popes.

Marinus is a variant of the name Marius (Dutch, English, French, German, Romanian, and Scandinavian).

Both the origin and meaning of Marinus is inherited by all variant forms.

Other variants of Marinus include the diminutive forms Rien (Dutch), Ries (Dutch), and Rinus (Dutch).

Marinus is unusual as a baby name for boys. It is listed outside of the top 1000 names. 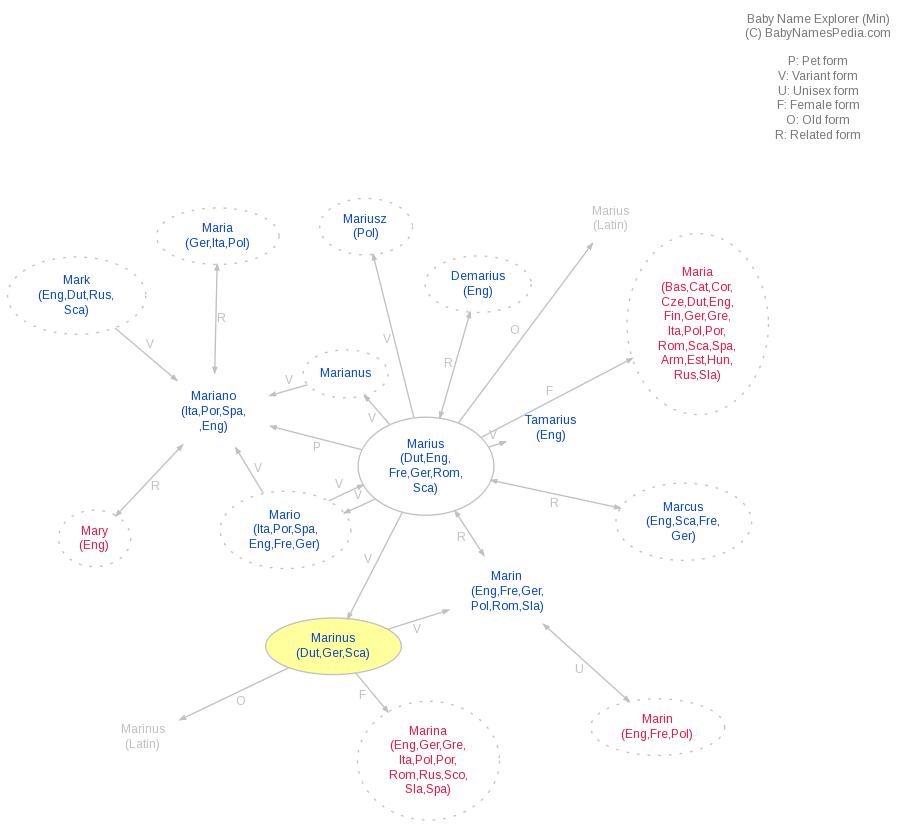