What does Mario mean?

In addition, Mario is a familiar form (Italian, Portuguese, and Spanish) of the name Marianus.

Mario is also a derivative (Italian, Portuguese, and Spanish) of the English, Dutch, Russian, and Scandinavian Mark.

The origin and meaning of the name Mario is inherited by all variant forms.

See also the related forms, the Spanish Damario and the name Jamario. 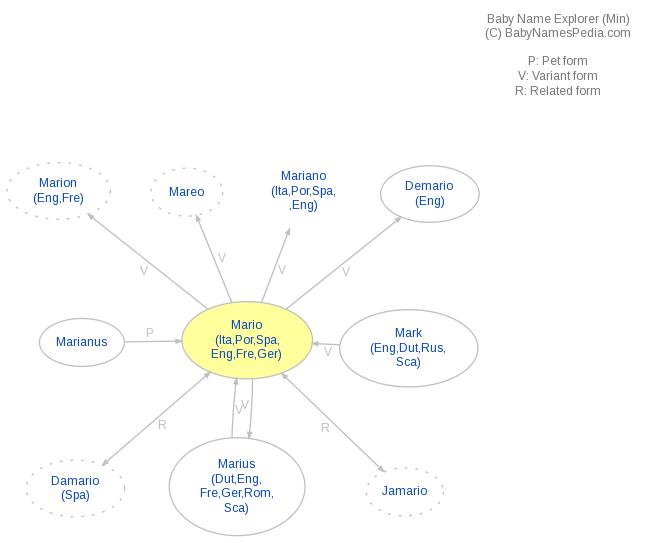