What does Marion mean?

[ 3 syll. ma-rion, mar-i-on ] The baby boy name Marion is also used as a girl name, but it is somewhat more common for boys. Its pronunciation is MAER-iy-ahN or MEHR-iy-ahN (English) †.

Marion is an English and French name of origin. The name is derived from the continental masculine name Marian. See Marion for more information.

Marion is used chiefly in the English language and it is derived from French origins. The first name is taken from the French surname which is itself of the same etymology as the first name Marion. This derivation was probably first used in honor of the American Revolutionary War general Francis Marion (1732-1795), whose grandparents were of French Huguenot origin.

Marion is a variant of the name Mario (Italian, Portuguese, Spanish, English, French, and German).

Marion is an unusual baby name for boys. Its usage peaked modestly in 1921 with 0.151% of baby boys being given the name Marion. It ranked at #102 then. The baby name has since fallen from favor, and is today of sporadic use. In 2018, among the group of boy names directly linked to Marion, Mario was the most widely used. 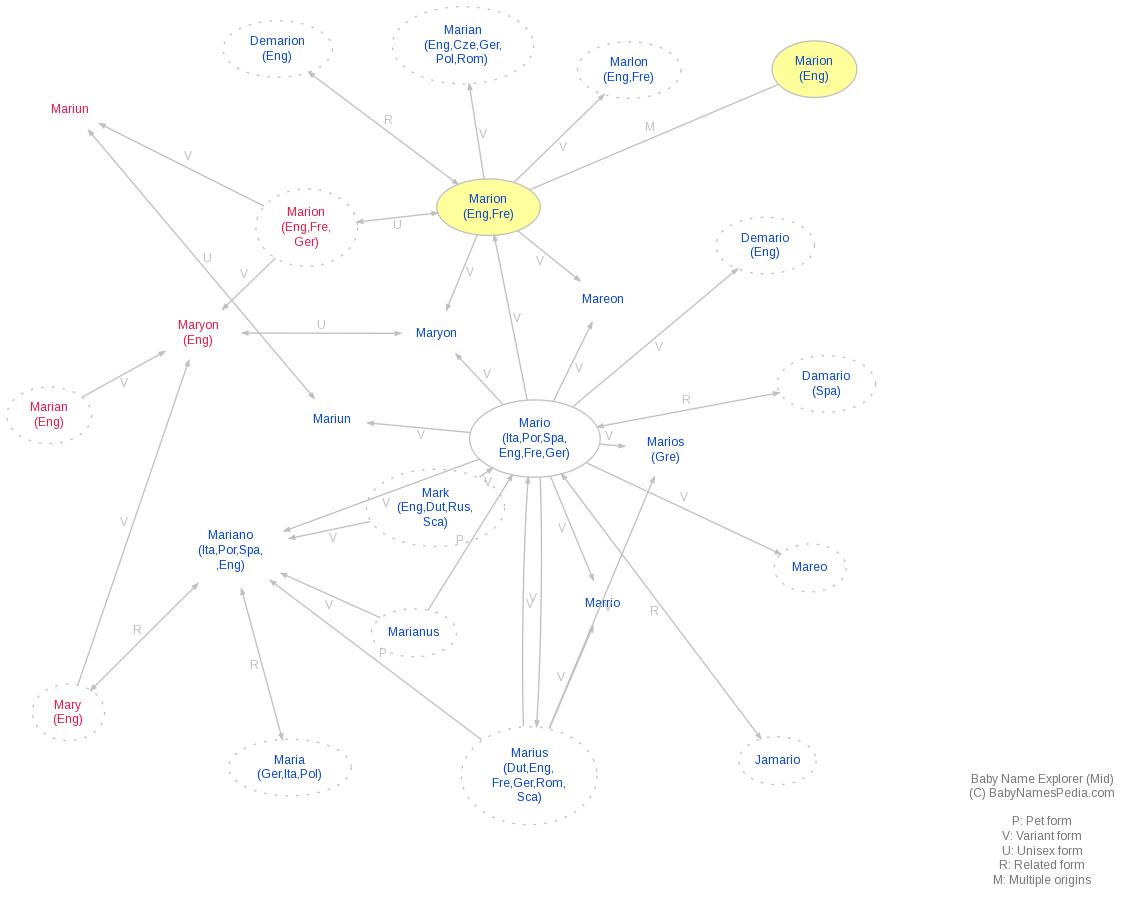