What does Marius mean?

[ 3 syll. ma-riu(s), mar-i-us ] The baby boy name Marius is pronounced as MAER-iy-ahS or MEHR-iy-ahS in English †. Marius is used chiefly in the Dutch, English, French, German, Romanian, and Scandinavian languages, and its origin is Latin. The name is of the meaning Mars; male, manly, virile; sea. Marius (Latin) is an older form of Marius. The first name is derived from the Roman family name. The latter is itself either from Mars, the name of the Roman god of war, or from the Latin 'maris' (meaning male, manly, virile), or else from the Latin 'mare'; the last derivation is the least probable. The name was first popularized by the prominent Roman general Gaius Marius (157-86BC). Since the Christian Era, the name has been occasionally used as the masculine form of Maria. This usage became prevalent by the Middle Ages, leading to the name's popularity in many countries, especially where the Virgin Mary is widely worshiped. The continental forms of the name have been adopted since the Renaissance, while among English speakers the name has been taken up since the 19th century. Marius is also known as the name of the dashing hero in the Victor Hugo novel and musical Les Misérables (1862).

Marius is a variant of the name Mario (Italian, Portuguese, Spanish, English, French, and German).

Mariano (English and Italian pet form) is another variant of Marius.

Marius is unusual as a baby name for boys. It is not listed in the top 1000 names. In 2018, within the group of boy names directly linked to Marius, Marcus was the most popular. 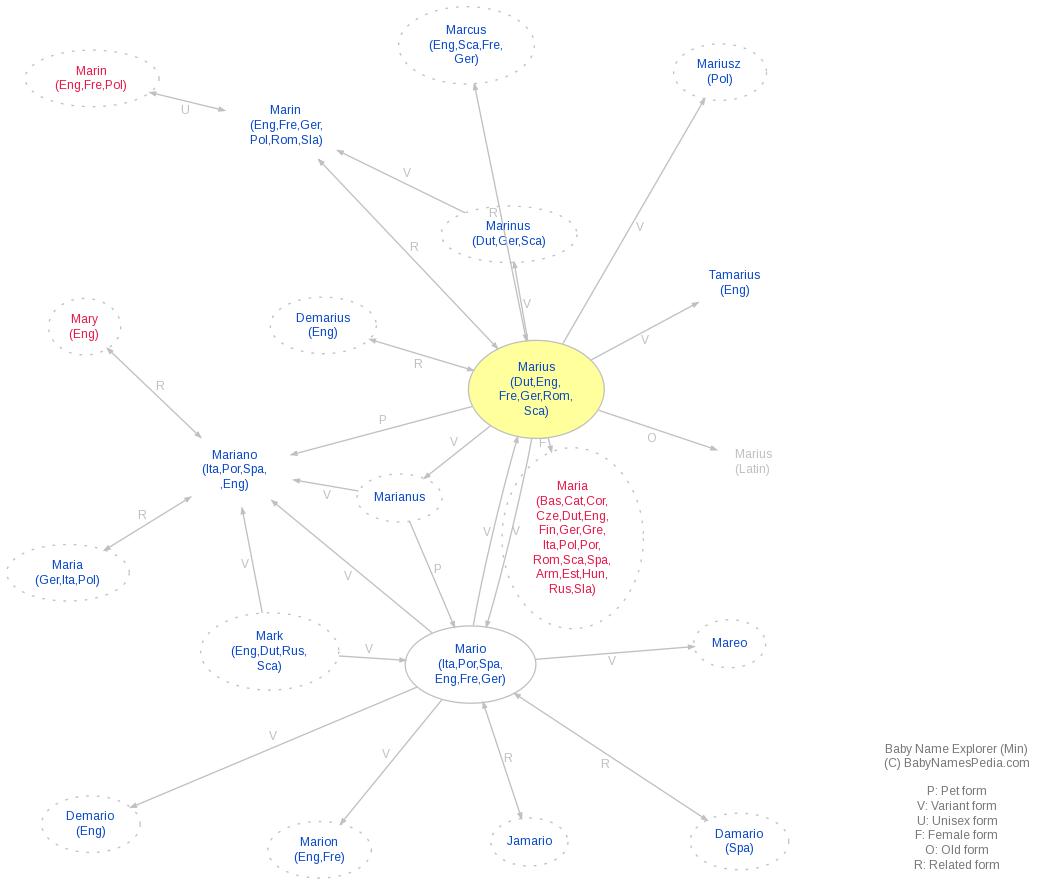