What does Marlene mean?

[ 2 syll. mar-le-ne, ma-rl-ene ] The baby girl name Marlene is pronounced MAAR-LiyN (English) or MaaR-LEH-Nah (German) †. Marlene is of Hebrew and Germanic origin. It is used mainly in German, Polish, and English. The name is a contracted combination of Maria and Magdalena. The name was borne by the German-born US actress Marlene Dietrich (1901-1992), who was born Maria Magdalene von Losch. She was the first successful German actress in Hollywood; her wartime song Lili Marlene (1939) was popular with both the Germans and the British, thereby promoting the adoption of the name.

Marlene is a variant of Magdalena in the German and Polish languages.

Variant forms share the origin and thus the meaning of Marlene.

Marlene is rare as a baby girl name. At the modest peak of its usage in 1936, 0.495% of baby girls were named Marlene. It was #39 in rank then. The baby name has fallen out of favor since then, and is of only sporadic use today. Out of the family of girl names directly related to Marlene, Maria was the most frequently used in 2018. 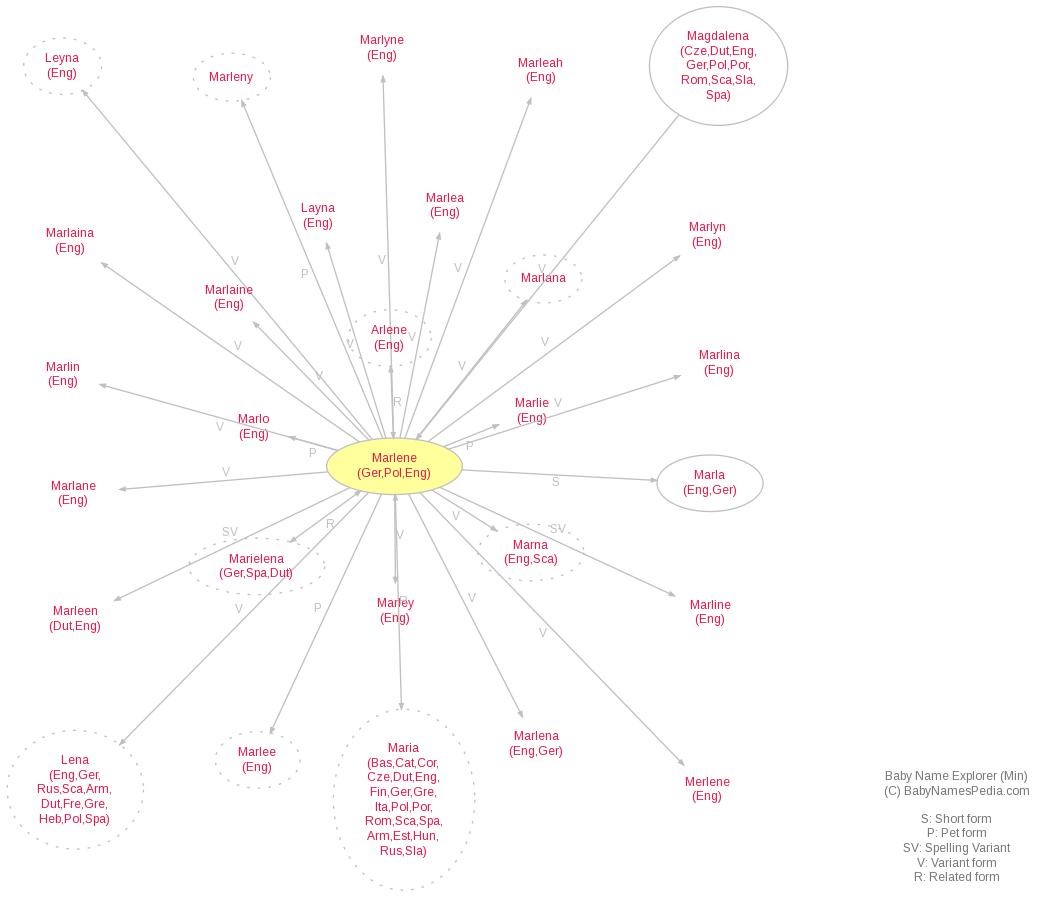