What does Marolyn mean?

[ syll. ma-ro-lyn, mar-ol-yn ] The baby girl name Marolyn is largely used in the English language. It is derived from Hebrew, Egyptian, French, and Latin origins. Marolyn is a variant transcription of the name Marilyn (English).

Marolyn is unusual as a baby girl name. Its usage peaked in 1938 with 0.005% of baby girls being given the name Marolyn. It had a ranking of #908 then. The baby name has experienced a fall in popularity since then, and is now of very modest use. In 2018, among the family of girl names directly linked to Marolyn, Marilyn was the most frequently used. 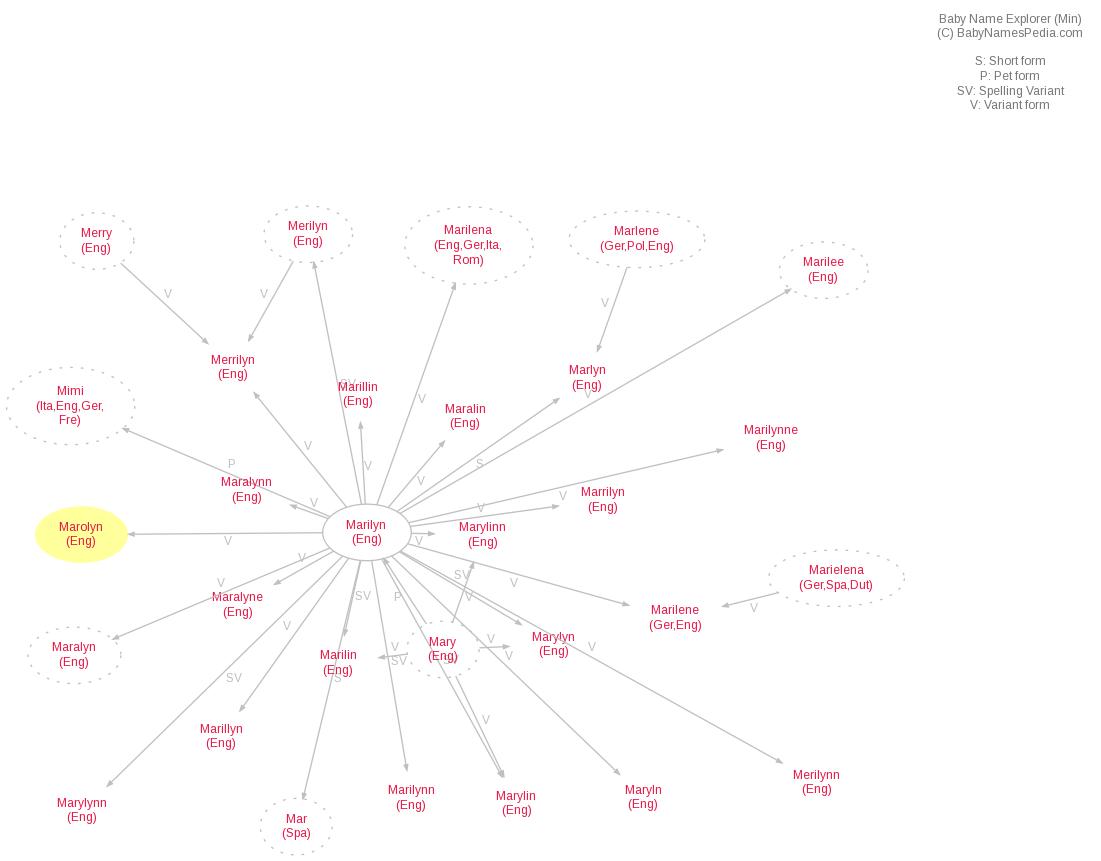