What does Martijn mean?

[ 2 syll. mar-tij(n), ma-rti-jn ] The baby boy name Martijn is pronounced as Maa-RT-AYN †. Martijn is largely used in the Dutch language and it is derived from Latin origins. Martijn is a variant transcription of Martin.

Martijn is rarely used as a baby name for boys. It is not listed in the top 1000 names. Among the group of boy names directly linked to Martijn, Martin was the most regularly used in 2018. 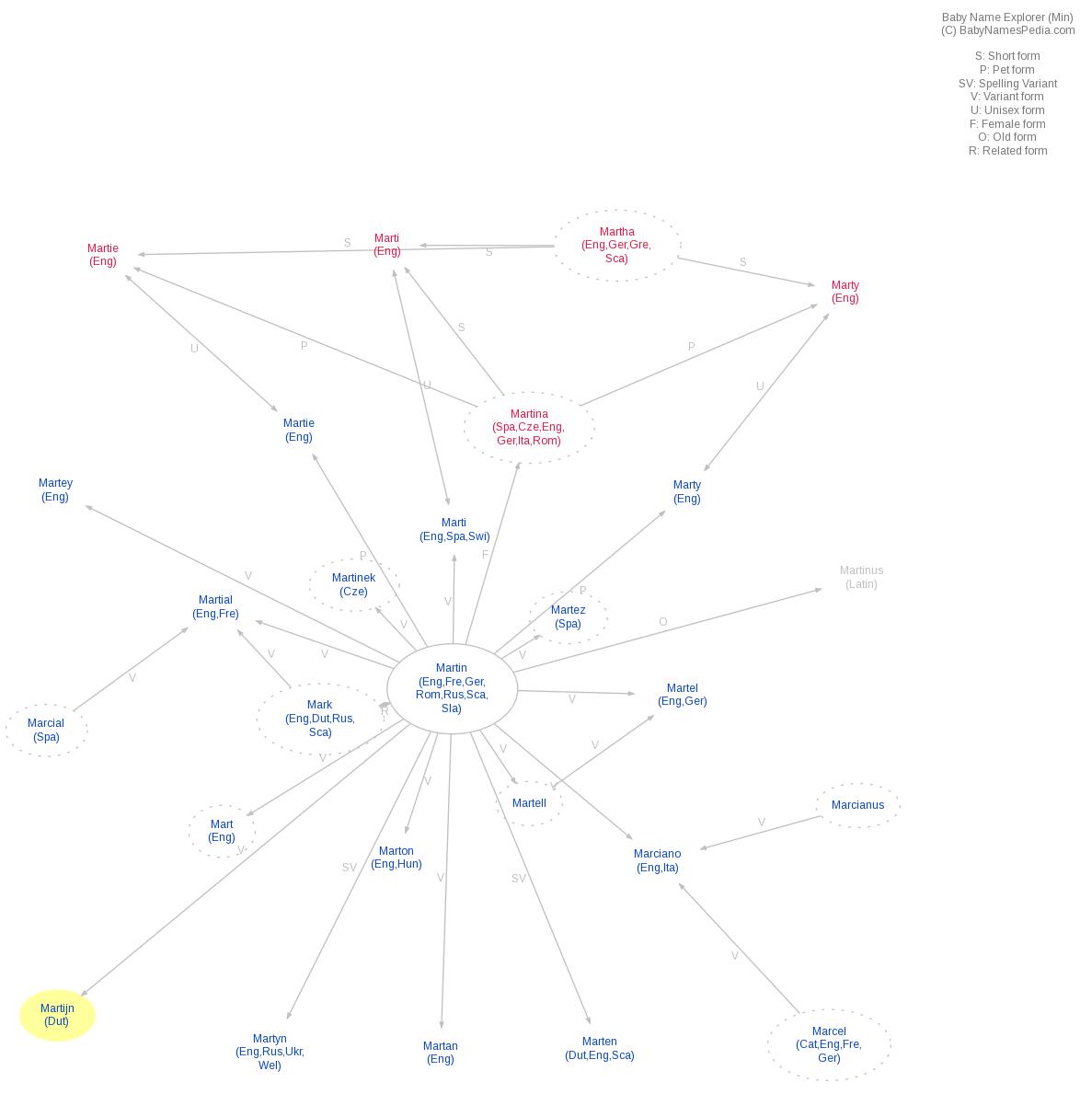