What does Matthew mean?

[ 2 syll. mat-(t)hew, ma-tth-ew ] The baby boy name Matthew is sometimes used as a girl name. Its pronunciation is MAE-TH-Yuw (English) †. Matthew is used chiefly in the English language and its origin is Hebrew. The name is of the meaning gift of Yahweh. A biblical name, it is derived from the elements 'mattath' meaning gift, reward ; 'yahweh' name of God. Mattathia (Hebrew), Matthaeus (Latin), Matthaios (Old Greek), Mattithyahu (Hebrew), and Mattitjahu (Hebrew) are old forms of Matthew. In the Bible, Matthew was one of the four evangelists and the author of the first Gospel named after him. The name was brought into England by the Normans in medieval forms such as Mathiu and Matheu. It saw a revival after the Reformation, although the Greek form Matthias was favored. In literature, it has been used in Ben Jonson's comedy play Every Man in his Humour (1598) and in Tobias Smollett's picaresque novel The Expedition of Humphry Clinker (1771). The name Mattea (English and Italian) is the female form of Matthew.

What are the Variant Forms of Matthew?

Matthew is very popular as a baby name for boys. The name's popularity jumped from the 1930s up to the 1980s. At the peak of its usage in 1983, 2.696% of baby boys were given the name Matthew. Its ranking then was #3. The baby name has since experienced a fall in popularity. In 2018, its usage was only 0.514% and its ranking #20, but it was nonetheless the most popular out of all boy names in its group. In 2018, Matthew was used 21% more than the next ranked name, Mateo. Matthew has in the past century been predominantly given to baby boys. In 1989, baby boys named Matthew outnumbered girls by 249 times. 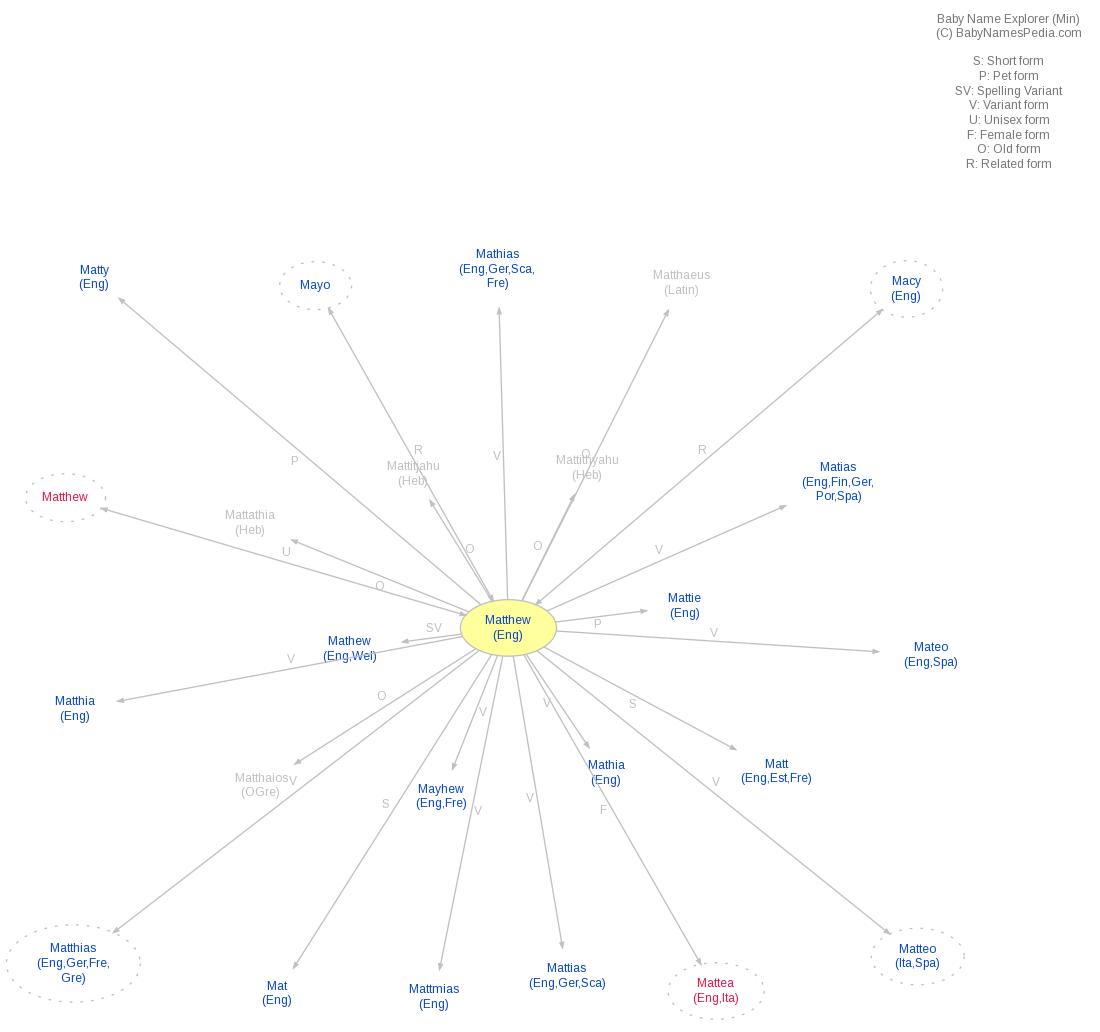