What does Max mean?

[ 1 syll. max, ma-x ] The baby boy name Max is also used as a girl name, but it is much more common for boys. Its pronunciation is MAEKS (English) or MAAKS (German) †. Max is used chiefly in the Dutch, English, German, Scandinavian, and Latin languages, and its origin is Latin and Old English.

In addition, Max is a contraction of the name Maximilian (English and German).

Max is also a contraction of the name Maxwell (English and Scottish) in the English and Latin languages.

The name Maxine (English and German) is the female form of Max.

Max has 16 variants that are used in English and other languages. Variants used in English include Macks, Maxan, Maxe, Maxea, Maxee, Maxen, Maxey, Maxi, Maxin, Maxon, Maxx, and Maxyn. The diminutive forms Maxie (also used in Spanish) and Maxy are other English variants. Maks (Hungarian) and Miksa (Hungarian) are foreign variants of Max. 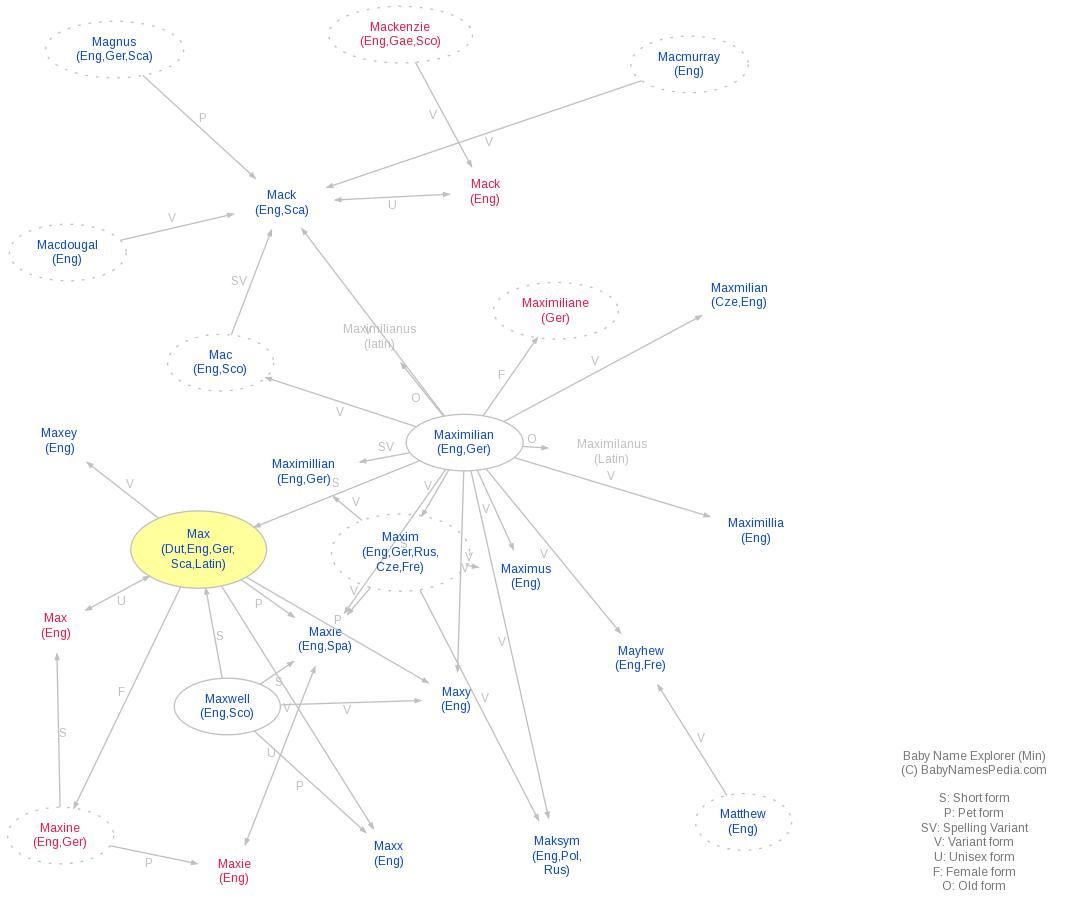